India’s bidi cigarette workers need to be at the heart of discussions about finding alternatives to working in the tobacco industry, according to a new study.

Bidis are hand-rolled leaf cigarettes and are the main way tobacco is smoked in India.

Ninety per cent of workers are women who largely work from home and earn a lower-than-average wage of approximately £1.50 (about 150 Indian rupees) for rolling up to 1,000 bidis each day.

Bidi production can cause a number of health issues for workers and their families, while children are also sometimes enlisted by bidi rollers to help meet targets.

New research by the Bidi Workers’ Alternative Livelihoods Project - which includes partners in India, the UK and the USA - has found that despite awareness of the industry’s adverse effects, bidi rollers saw the work as convenient in the absence of different jobs that could fit around other commitments such as cooking or childcare.

Workers would be more inclined to consider other work if they were involved in shaping the alternative employment available. This would help create new jobs that provided workers with better conditions and suited their personal circumstances, the researchers said.

The researchers added that with some exceptions, the voices of bidi workers concerning their current situation, the occupational and public health problems they face, and the potential for alternative livelihoods, were rarely heard.

Bidi rolling fits the remit of the World Health Organization’s Framework Convention on Tobacco Control, Article 17, which aims to provide economically viable alternative jobs to tobacco. India and the UK are both signatories to the Convention, the study points out.

The research is published in the journal Nicotine and Tobacco Research.

Research co-author Professor Andrew Russell, of the Department of Anthropology, Durham University, said: “Bidi rolling is an exploitative source of income across South Asia and a discriminatory occupation.

“It can negatively impact on women’s education, while breathing in the dust and the hunched posture of bidi rollers can have consequences for the health of the workers and their families. If they are running out of time, workers sometimes get their children involved in the production process.

“However, despite being aware of the negative impacts of their work, some of the workers we spoke to said that bidi rolling is the best option for their current situation when there aren’t many alternatives available.

“That’s why it’s hugely important for bidi rollers to be at the centre of discussions about alternative employment that would allow them to bring in an income through a job that is less harmful to health while also suiting their circumstances.”

Questionnaires were followed-up with focus groups and a panel of 11 bidi rollers also attended a workshop where the findings and possible alternatives to bidi rolling as a profession were discussed.

Alternative professions could include the production of masala spices or tie-dye fabrics where workers could continue to work at home while managing their other responsibilities.

Prof Sushil John, of CMC Vellore, India, said: “It has been great to work with colleagues locally, nationally and internationally on this project which looked at tobacco control from a different perspective. The Covid-19 pandemic has been a devastating blow to many communities worldwide and impacted our work too, but we look forward to reinstating some of the training and business initiatives that came out of the Bidi Workers’ Alternative Livelihoods Project soon.

“It is also exciting to be able to work on some of the broader determinants of health with members of the communities we serve.”

In future, the team is planning to organise more training and workshops for women who have been involved in their study, which they hope will lead to other forms of employment for bidi rollers. 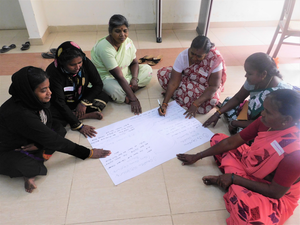 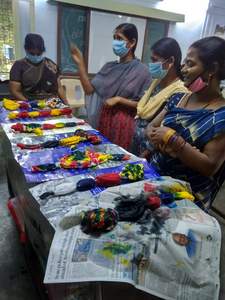