In a large-scale international study, with the participation of marine biologist Dr. Omri Bronstein of Tel Aviv University, researchers applied new approaches to dating the evolutionary development of echinoids – marine animals that live on the seabed, including sea urchins, starfish, sea cucumbers and their relatives. The researchers combined a phylogenetic analysis of the complete genomes of 54 different species – 18 of which have not been mapped to date, and paleontological dating using sea urchin fossils from all over the world. To the researchers’ surprise, the findings revealed that many of the species appeared on earth about 300 million years ago, long (about 50 million years) before the date that has generally been accepted by science.

Dr. Omri Bronstein of Tel Aviv University’s School of Zoology and the Steinhardt Museum of Natural History took part in the extensive research, as did researchers from a number of institutes in the United States, England, Chile and Austria. The article was published in the journal eLife.

Dr. Bronstein: “Our research focuses on a phylum of marine animals called Echinodermata (‘echino’ meaning spiny and ‘derm’ meaning skin, as many of these animals are covered in spines), which includes sea urchins, starfish, sea cucumbers, and their relatives. They are marine invertebrates who inhabit the seabed, and are of great importance in the study of evolution; on the evolutionary tree, they are located at a junction where the invertebrates and vertebrate diverged.”

“Echinoids are also ecologically significant, as they are a major player in the marine environment, at every depth and in every area on the planet, and their disappearance from a particular area brings with it extreme changes. An example of this occurred in the 1980s, when the population of sea urchins in the Caribbean was devastated by disease. As a result, the algae that used to feed the sea urchins greatly increased, their uncontrolled growth leading to the death of coral reefs. And here at home, the echinoid population in the Gulf of Eilat has decreased significantly in recent decades, while on the other hand certain species of sea urchins from the Red Sea (Eilat) migrated and established themselves in the thousands on the shores of the Mediterranean – two phenomena that raise concerns about disturbing the ecological balance of our shores.”

Moreover, echinoids carry great economic importance, with some considered a luxury delicacy in an international market that brings in about $1 billion a year. These are only some of the reasons why there has been widespread interest in echinoids throughout history, to this day.

According to the researchers, the findings were very surprising, as they indicate significant errors in the conventional dating of the divergence times (species differentiation points) on the evolutionary tree. In fact, the research shows that many evolutionary events in the group's history occurred up to 50 million years earlier than previously thought.

Dr. Bronstein: “Our work shows that modern echinoids emerged approximately 300 million years ago, and many of them survived the Permo-Triassic mass extinction event that occurred about 252 million years ago – the most severe biodiversity crisis in Earth’s history – and rapidly diversified in its aftermath. In this event, which likely occurred as a result of extreme climate change following volcanic eruptions or meteor strikes, about 81% of all marine species and about 83% of all species living on earth at that time became extinct. This means that most of the species we know today were created after that dramatic extinction event. Our findings have great significance for the study of evolution in general, not just for that of sea urchins. They suggest that even when we have an abundance of fossils and very extensive research on a group, as in the case of sea urchins, estimates are likely to err by tens of millions of years. This is another reminder that there is still more that is unknown than known in the fascinating study of evolution.”

Dr. Bronstein concludes: “Today we are also in the midst of a widespread extinction event, only this time human activity seems to be the main driver. An in-depth study of past extinction events, the reasons that led to their occurrence, and the species that managed to survive them, may help us deal with the current extinction. We also developed a multivariate statistical approach called a ‘chronospace’ to help visualize and assess the robustness of evolutionary timeline estimates to different choices of the underlying molecular clock model. For the future of the earth and the future of the species living on it, including humans, it is crucial to continue and expand our research on the history of the creatures living here – or in one word: evolution.” 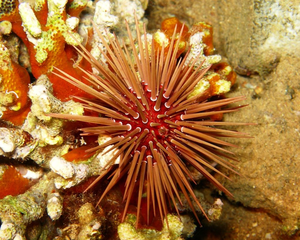 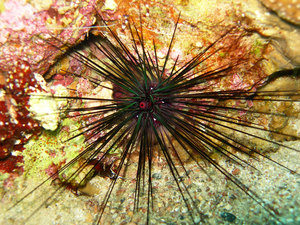 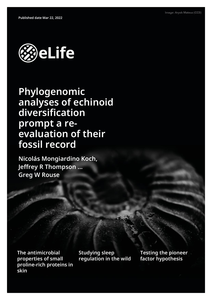 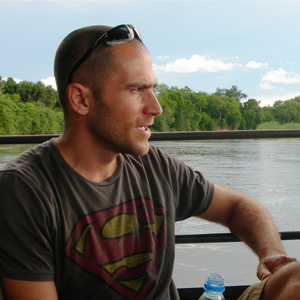 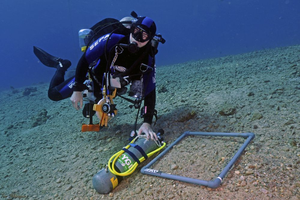