Unchecked gillnetting has pushed the world’s smallest porpoise to the brink of extinction: there are roughly 10 vaquitas remaining in the Gulf of California in Mexico. However, they retain enough genetic resiliency for the species to recover if illegal gillnetting for a valuable fish in the same waters does not wipe them out first.

That is the finding of a new genetic analysis published today in Science. The study’s findings counter the contention that inbreeding among the few remaining vaquita will lead to extinction regardless of whether gillnetting ends. It expands on similar findings in 2020 based on DNA from a single vaquita.

“If we can allow these animals to survive, they can do the rest,” said Jacqueline Robinson, a postdoctoral researcher at U.C. San Francisco and co-lead of the new findings. “Genetically they still have the diversity that let them thrive for hundreds of thousands of years, until the gillnets arrived.”

The present study was a collaboration between an international team of researchers from:

The new research examined the genetic patterns of vaquitas from tissue samples collected by Mexican researchers since the 1980s. "Who would have thought that several decades later these same samples could tell us so much," said Lorenzo Rojas-Bracho, a co-author on the present study. He was one of the first to examine vaquita samples using genetics and now leads vaquita research for Mexico. "Genomics gives us clues into the species' past but also lets us peer into the future. Despite the small numbers, the species could recover if we stopped killing them."

Genetics show that the species emerged roughly 2.5 million years ago, eventually adapting to the shallow, highly productive waters of the northern Gulf of California. The earlier analysis also revealed that the species’ abundance fluctuated from a few thousand to around 5,000 for over the last 250,000 years. This makes the species naturally rare compared to many other marine mammals.

The relatively small size of the vaquita population appears to have reduced the risk associated with inbreeding. Smaller populations have less genetic variation from one animal to another, and fewer harmful mutations. Over time, when two animals with harmful traits occasionally mated, they produced compromised offspring that likely died. That process gradually purged many harmful traits from the population.

Larger populations have greater genetic variation, which in turn comes with more harmful genetic variants. The impacts of those harmful variants rarely appear, however, because an animal must typically get the same harmful variant from both parents for it to be expressed. Since these variants are rare, that doesn’t happen often.

When a large population shrinks rapidly, though, the odds of close relatives mating increases. That increases the likelihood that both parents carry the same harmful mutation. When that happens, offspring then suffer what is known as “inbreeding depression,” which undermines their health. Their deteriorating health can compound itself and propel the species into what some call an “extinction vortex.''

Vaquitas could not avoid the gillnets set for shrimp and finfish - including those for totoaba, the IUCN Red List threatened species - that shares their habitat. The swim bladders of the totoaba are valued as financial investments and for traditional medicinal purposes in China. Gillnets stretching through the water like giant tennis nets to catch the fish also entangle vaquitas, and the small porpoises drown.

Gillnets set for totoaba rapidly decimated vaquitas, killing them too fast for inbreeding to develop among the survivors. The few vaquita left still reflect the broader genetic diversity of the larger population they came from.

“The reality is that there is no predetermined outcome here,” said Phillip Morin, a research geneticist at NOAA Fisheries’ Southwest Fisheries Science Center and co-author of the research. “The survival of the individuals, and the species, is in our hands. There is a high probability genetically that they can recover, if we protect them from gillnets and allow the species to recover as soon as possible to historical numbers.”

The scientists ran computer simulations based on the genetics of archived vaquita samples to project how the population would fare under different scenarios for their protection. They found that immediate and complete elimination of mortality from gillnets led to a high probability that the species will recover. Even low levels of continuing gillnet mortality rapidly reduced the species' chances of survival, however.

Recent surveys for vaquitas observed a few of the elusive marine mammals that remain. The few survivors looked healthy, and some had calves reflecting recent reproduction.

“While we now know that the species’ ability to recover is not limited by their genetics, vaquitas have very little time left,” said Christopher Kyriazis, a graduate student at UCLA and co-lead of the new findings. “If we lose them, it would be the result of our human choices, not inherent genetic factors.” 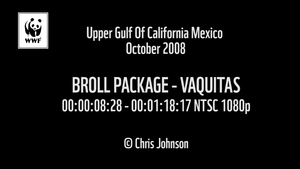 Vaquitas in the Gulf of California 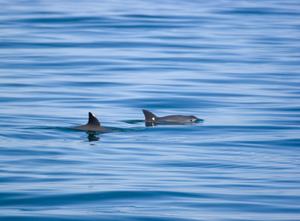