The interacting galaxy pair NGC 1512 and NGC 1510 take center stage in this image from the US Department of Energy-fabricated Dark Energy Camera, a state-of-the-art wide-field imager on the Víctor M. Blanco 4-meter Telescope at Cerro Tololo Inter-American Observatory, a Program of NSF’s NOIRLab. NGC 1512 has been in the process of merging with its smaller galactic neighbor for 400 million years, and this drawn-out interaction has ignited waves of star formation.

The barred spiral galaxy NGC 1512 (left) and its diminutive neighbor NGC 1510 were captured in this observation from the Víctor M. Blanco 4-meter Telescope. As well as revealing the intricate internal structure of NGC 1512, this image shows the wispy outer tendrils of the galaxy stretching out and appearing to envelop its tiny companion. The starry stream of light that connects the two galaxies is evidence of the gravitational interaction between them — a stately and graceful liaison that has been going on for 400 million years. NGC 1512 and NGC 1510’s gravitational interaction has affected the rate of star formation in both galaxies as well as distorting their shapes. Eventually, NGC 1512 and NGC 1510 will merge into one larger galaxy — a drawn-out example of galactic evolution.

These interacting galaxies lie in the direction of the constellation of Horologium in the southern celestial hemisphere and are around 60 million light-years from Earth. The wide field of view of this observation shows not only the intertwined galaxies, but also their star-studded surroundings. The frame is populated with bright foreground stars within the Milky Way and is set against a backdrop of even more distant galaxies.

The image was taken with one of the highest-performance wide-field imaging instruments in the world, the Dark Energy Camera (DECam). This instrument is perched atop the Víctor M. Blanco 4-meter Telescope and its vantage point allows it to collect starlight reflected by the telescope’s 4-meter-wide (13-foot-wide) mirror, a massive, aluminum-coated and precisely shaped piece of glass roughly the weight of a semi truck. After passing through the optical innards of DECam — including a corrective lens nearly a meter (3.3 feet) across — starlight is captured by a grid of 62 charge-coupled devices (CCDs). These CCDs are similar to the sensors found in ordinary digital cameras but are far more sensitive, and allow the instrument to create detailed images of faint astronomical objects such as NGC 1512 and NGC 1510.

Large astronomical instruments such as DECam are custom-built masterpieces of optical engineering, requiring enormous effort from astronomers, engineers, and technicians before the first images can be captured. Funded by the US Department of Energy (DOE) with contributions from international partners, DECam was built and tested at DOE’s Fermilab, where scientists and engineers built a “telescope simulator” — a replica of the upper segments of the Víctor M. Blanco 4-meter Telescope — that allowed them to thoroughly test DECam before shipping it to Cerro Tololo in Chile.

DECam was created to conduct the Dark Energy Survey (DES), a six-year observing campaign (from 2013 to 2019) involving over 400 scientists from 25 institutions in seven countries. This international collaborative effort set out to map hundreds of millions of galaxies, detect thousands of supernovae, and discover delicate patterns of cosmic structure — all to provide much-needed details of the mysterious dark energy that is accelerating the expansion of the Universe. Today DECam is still used for programs by scientists from around the world continuing its legacy of cutting-edge science. 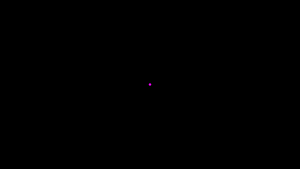 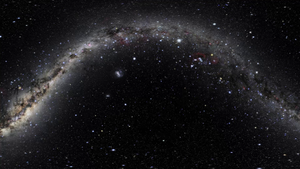