CAT-DEF, which stands for Catalyzed Diesel Exhaust Fluid, is an SwRI-developed catalyst- and surfactant-modified diesel exhaust fluid (DEF) solution. Today’s diesel engines use selective catalytic reduction (SCR), an advanced emissions control system, to abate NOx emissions. DEF is injected into the exhaust stream and ideally decomposes to form ammonia, which reacts with NOx on the SCR catalyst to form N2 and H2O.

Although the current process is relatively efficient at temperatures greater than 250°C, at temperatures below 250°C, urea-derived deposits form within the aftertreatment system. These deposits severely limit low-temperature NOx conversion and increase fuel consumption as high-temperature engine operations are required to remove the deposits.

“Although DEF technology has been utilized for more than a decade, the highest emissions control efficiencies could never be realized due to DEF’s tendency to create potentially harmful deposits in the exhaust system, particularly when the engine is operated at low loads and temperatures,” said Dr. Charles E. Roberts Jr., director of SwRI’s Commercial Vehicle Systems Department. “A combination of surface-active agents and heterogenous catalysts blended into CAT-DEF reduces deposits by 90% with potential reductions up to 98%.”

Using internal funding, SwRI engineers studied the technology’s effectiveness for reducing NOx emissions at the new standards set by CARB—known for enacting stricter standards than the Environmental Protection Agency—through a head-to-head comparison of diesel engines operated with and without CAT-DEF.

“We demonstrated that using CAT-DEF allowed an engine to meet or exceed upcoming CARB 2027 NOx requirements, while using standard DEF did not meet the new standard,” said SwRI Research Scientist Dr. Grant Seuser, one of CAT-DEF’s principal investigators, who alongside his fellow researchers shared their findings during a session on system integration and durability at WCX. “Our findings show that DEF can now be utilized over a much broader range of engine operation, decreasing overall NOx emissions.”

SwRI’s CAT-DEF technology is currently available to license. The novel innovation is backwards compatible and can be used in existing engines as a deposit reduction solution. For future applications, which will be required to meet more stringent regulatory requirements, the award-winning CAT-DEF solution competes with higher-cost engine hardware modifications currently being considered by the diesel engine industry and DEF manufacturers. 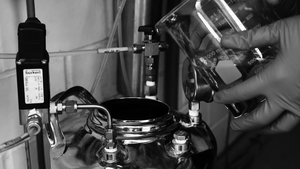