CHAPEL HILL, NC — Effective anti-vaping advertisements geared to teens have the greatest impact when they emphasize the adverse consequences and harms of vaping e-cigarettes, use negative imagery, and avoid memes, hashtags and other “teen-centric” communication styles, according to a first-of-its-kind study by researchers at UNC Lineberger Comprehensive Cancer Center.

The researchers also found that certain messaging content currently being used, especially imagery related to candy and flavor, increases the appeal of vaping and should be avoided when designing prevention messages.

The findings appeared May 9, 2022, in the journal Tobacco Control.

“E-cigarettes and vaping have become a major public health concern, with nicotine addiction and other harmful outcomes looming large for youth,” said UNC Lineberger’s Seth M. Noar, PhD, the paper’s corresponding author and professor in the UNC Hussman School of Journalism and Media, where he directs the Communicating for Health Impact Lab. “The percentage of teens vaping increased from about 5% in 2011 to over 25% in 2019,” Noar said. “That is an alarming trend, making an understanding of effective vaping prevention messages especially urgent.”

Since the introduction of e-cigarettes, numerous state and local health departments have created their own anti-vaping messaging geared to teens, as have national health organizations such as the U.S. Food and Drug Administration and Centers for Disease Control and Prevention.

The online study asked 1,501 teens to rate seven randomly selected vaping prevention ads from a pool of more than 200 ads. Vaping prevention ads that clearly communicated the health harms of vaping, or compared vaping to cigarette smoking, were comparatively more effective. Neutral or less personally relevant content, such as referencing the environmental impact of vaping or the targeting of youth by the tobacco industry, was less impactful.

“Although we anticipated that vaping prevention ads with neutral or pleasant imagery would not be as effective, we were alarmed to find that flavor-related messages actually heightened the attractiveness of vaping,” said first author Marcella H. Boynton, PhD, an assistant professor in the UNC Division of General Medicine and Clinical Epidemiology and statistician at the North Carolina Translational and Clinical Sciences (NC TraCS) Institute.

“In retrospect, it stands to reason that by reminding teens about pleasurable aspects of e-cigarettes, even within the context of a prevention ad, we run the risk of doing harm. Notably, we found that flavor-related prevention ad content was associated with vaping appeal among both users and non-users of e-cigarettes, which is a good reminder of how much candy and fruit flavors in e-cigarettes have driven the youth vaping epidemic.”

In future studies, the researchers hope to investigate the effects of other types of anti-vaping ads on a wide range of audiences. They also are developing a series of messages and a companion website to test the ability of a text message-driven intervention to reduce youth vaping. In that regard, Noar notes that “We have been developing our own evidence-based messages based on the latest science about the harms of vaping. Our messaging approach has been greatly influenced by the insights generated by this study.”

Noar has served as a paid expert witness in litigation against tobacco and e-cigarette companies. All other authors have no conflicts of interest to report.

This research was supported by the National Institute on Drug Abuse and the FDA Center for Tobacco Products, grant R01DA049155; the Vaping Prevention Resource, a project at UNC Lineberger and its Connected Health Applications & Interventions Core; the University Cancer Research Fund; and NCI grant P30 CA16086.

Noar has served as a paid expert witness in litigation against tobacco and e-cigarette companies. All other authors have no conflicts of interest to report. 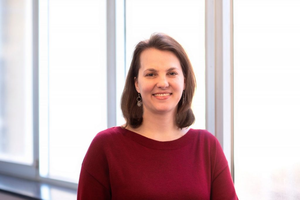 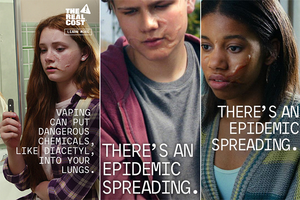