Many doctors caution their pregnant patients to avoid cat feces; even the family pet’s litter box is off-limits. Now, a group of researchers from Clemson University have discovered a promising therapy for those who suffer from toxoplasmosis, a disease caused by the microscopic protozoa Toxoplasma gondii.

T. gondii is the reason pregnant women are warned not to come in contact with cat feces. The Clemson team has enlisted an unlikely ally — the herbicide oxadiazon — in the fight against the single-celled parasite. The team hit on oxadiazon because of the herbicide’s ability to short-circuit the production of an enzyme that T. gondii needs to thrive.

T. gondii infects nearly all warm-blooded animals, including about one-third of all humans, making it one of the most widespread parasitic organisms  known to humans, the researchers said. Humans can contract T. gondii in a number of ways, including eating certain undercooked, contaminated meats, especially pork, lamb and venison; contact with cat feces; and in the womb, if the mother is infected.

“Infections during pregnancy can be quite dangerous for women and their unborn babies, particularly in the first trimester,” said Whitehead, an associate professor in the Department of Chemistry.

When transmitted during pregnancy, the disease can cause birth defects and even fetal death. Toxoplasma infections can cause severe, even fatal complications in immunocompromised patients, such as people living with HIV and those undergoing chemotherapy.

While T. gondii is generally asymptomatic in infected people whose immune systems are not compromised, the parasites can penetrate the host’s blood-brain barrier to hibernate within the brain and transition to chronic infections, which can occasionally be reactivated to acute infections when the host’s immunity is compromised.

“At this moment, the treatment for toxoplasmosis in patients is very limited,” said Dou, an associate professor in the Department of Biological Sciences. “For example, there is a pyrimethamine and sulfadiazine combination treatment, but this treatment is not tolerated very well for certain populations of people because of the very strong side effects.”

In addition, Dou said, there is no current treatment available for T. gondii once it has migrated to the brain.

“We observed a very urgent need for developing new and novel therapy against toxoplasma infections,” he said.

The Clemson team focused on the enzyme protoporphyrinogen oxidase (PPO), which is present in plants, animals and T. gondii. In animals and T. gondii, this enzyme is used to produce heme. In plants, PPO is essential to the production of chlorophyll in addition to heme. Critically, in T. gondii, PPO has the useful attribute of being more closely related to plants than humans, Dou said, which suggested it was possible to develop PPO-targeting herbicides that specifically kill T. gondii without causing damage to human tissue. Oxadiazon is a known inhibitor of the production of heme in plants. That made oxadiazon an appealing therapeutic strategy, the researchers stated.

The benefit of using oxadiazon to treat toxoplasmosis is that it does not harm infected human tissue in lab experiments. Oxadiazon was not particularly effective against T. gondii, however, so Rees was tasked with creating a library of 20 oxadiazon derivatives for experimentation.

“I had been working quite a bit with a certain type of reaction, known as a click reaction, which is really amenable to adding different molecular complexities very efficiently and simply to these molecules,” Rees said.

According to Dou, one of the synthesized derivatives actually exceeded the efficacy of the parent oxadiazon molecule “100-fold,” which he described as an “exciting” result.

The team used an interdisciplinary approach in its research, Whitehead said.

“My lab is a synthetic organic chemistry lab, so our expertise is building complicated molecules. That was really Kerrick’s expertise that he brought to the project, so he was able to take the known herbicide and synthesize a large number of derivatives in the laboratory,” he said. “That’s sort of complementary expertise to the parasite biology and molecular biology in Zhicheng’s laboratory.”

Rees is now a postdoctoral fellow at Vanderbilt University.

Dou said that next steps include synthesizing more oxadiazon derivatives to find the most effective derivatives for treatment in humans.

The team’s research was funded through an National Institutes of Health grant. Dou and Whitehead plan to apply for additional grants to continue the research. 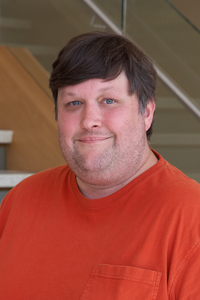 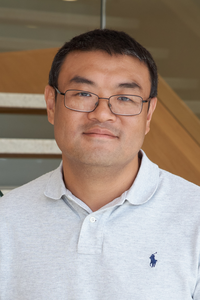