In fact, the photon energy of X-rays carries a lot of information. The X-ray attenuation ability depends on the energy of the emitted photons and the density and composition of the penetrated object. The development of X-ray detection for dual-energy or multi-energy discrimination is an important research direction in related fields. These detectors are beneficial for distinguishing substances of different densities, enhancing imaging contrast between organic and inorganic objects, and identifying soft substances (rubber, plastic, soft tissue, etc.) that absorb radiation poorly. In addition, the detector can also extract images of different substances at the same location using digital subtraction, such as subtracting bones and only preserving the lung image in a chest radiograph. However, at present, the energy discrimination of double-layer detectors cannot meet the complex imaging requirements. And the indirect X-ray detection mode (X-ray→visible light→electron charge) that now is applied commonly limits the detection sensitivity, which requires a high radiation dose for clear imaging.

In a new paper published in Light Science & Application, a team of scientists, led by Professor Guangda Niu and Professor Jiang Tang from Wuhan National Laboratory for Optoelectronics, Huazhong University of Science and Technology demonstrate, China, and co-workers have demonstrated, for the first time, the novel design of “vertical matrix” direct perovskite X-ray detectors (X-ray→electron charge) for multi-energy detection. The term “vertical matrix” means that the detector array is aligned along the incident direction of X-ray rather than perpendicular to the incident direction. The principle is that X-ray photons with different energy has have different attenuation depths within the vertical matrix, and low-energy photons deposit most of the energy in the shallow layers and high-energy photons in deeper layers. Thereby, the vertical matrix, which consists of more-than-two-layers detector could restore the X-ray spectrum in detail. In addition, this X-ray detector can realize effective multi-energy discrimination under a single exposure, which has not been achieved in traditional detectors. With the aid of subtraction method, it could clearly distinguish objects with low and high densities.

In this paper, the researchers constructed the conversion matrix between the X-ray energy spectrum and the vertical matrix electrode responses in five ranges (as shown in Figure 1). The conversion matrix is universal to different X-ray spectra, which only depends on the structure and properties of the detector itself. Let the model learn the spectral matrix and response matrix (from MAPbBr3 single crystal device) of the Training Datasets with the aid of machine learning algorithm, in order to find the relationship between their eigenvectors and obtain the optimal conversion matrix. These scientists experimentally verified its effectiveness of multi-energy discrimination.

“For demonstration, we accurately derived the cut-off energy values for unknown X-ray sources. The elements of the reconstructed spectral matrix not only have clear cut-off edges that match the actual driving voltages (45 kVp, 55 kVp, 65 kVp), but also have small gaps with the simulated X-ray spectral intensities as 10.41% (45 kVp), 2.77% (55 kVp), 2.97% (65 kVp) respectively. This good match proves the effectiveness of the conversion matrix.”

“We proportionally used CaCO3, PDMS and paraffin with similar densities to replace the three most important components in the human body, skeletal, blood and muscle, and fat for multi-energy X-ray imaging applications. The low-density substances have higher imaging contrast from the front-end electrode, and the heavy substances are imaging more clearly in the back-end electrode. Multiple groups images of different substances can be separated by digital subtraction. The vertical matrix detector could produce a set of images containing the density-graded information under single exposure, and locate the concealed position for all low-, medium- and high-density substances.” 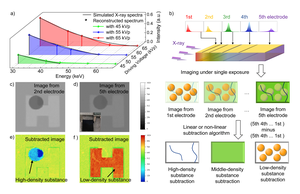 Figure 2. The applications of the multi-energy X-ray detector.