The 27th North American Meeting of the North American Catalysis Society (NAM27), the premier scientific event in the field of catalysis research and development in 2022, will be held May 22-27, 2022 (Hilton Midtown, Manhattan, NY, USA).

The meeting is a forum for the discussion of relevant technological issues and cutting-edge research on catalysis. Catalysts are materials that accelerate chemical reactions for manufactured products (energy, chemicals, sustainable energy and green chemicals, environmental solutions and pharmaceuticals) that are related to approximately 25 percent of USA GDP and play a significant role in the economies of other developed countries.

The meeting will focus on technological challenges, breakthrough discoveries, and state-of-the-art research in catalysis.

The co-chairs and organizers of the conference are Professor Israel E. Wachs (Lehigh University), Professor Marco Castaldi (The City College of the City University of New York), and Dr. Lucas Dorazio (BASF). Of the expected 1400+ conference attendees, about 40 percent are international (from Europe, Japan, South Korea, South America, etc.). About 60 percent of attendees are professionals (academic, national lab, and industrial researchers) and about 40 percent are students, which will allow for extensive networking experiences between students and professionals.

The meeting will consist of about 650 oral presentations and 400 poster presentations, and a roundtable discussion of the Future of Catalysis for Sustainable Manufacturing.

Three plenary and 20 keynote lectures will be presented at the conference. The plenary lectures will be given by Deng-Yang Jan (Honeywell UOP), Thomas F. Jaramillo (Stanford University), and Beatriz Roldan Cuenya (Fritz Haber Institute-Berlin). Dr. Jan is the recipient of Eugene J. Houdry Award in Applied Catalysis. Professor Jaramillo and Professor Roldan are recipients of the Paul H. Emmett Award in Fundamental Catalysis.

The Houdry Award recognizes an industrial researcher in the field of catalysis with emphasis on the development of new and improved catalysts and processes representing outstanding advances in their useful application. Dr. Jan’s presentation is entitled “UOP Zeolitic Materials in Aromatics, Derivatives, and Detergents Production.”

The Emmett Award recognizes academic researchers with contributions in the field of catalysis with emphasis on the discovery and understanding of catalytic phenomena, proposal of catalytic reaction mechanisms and identification and descriptions of catalytic sites and species. Professor Jaramillo’s presentation is entitled “Designing Catalysts and Chemical processes for Global Sustainability.” Professor Roldan’s presentation is entitled “From Single Atoms to Clusters and Nanoparticles Catalysts in Energy Conversion.”

Presentations on the following cutting-edge topics will be covered.

Many exhibitors will also participate by showcasing their products that find application in catalyst research and development. Additional details about the meeting supporters, sponsors and exhibitor can be found on the meeting website. 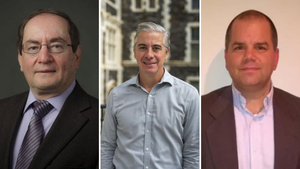