The answer to this question has been established by an international team of researchers from Laos, Europe, the US and Australia.

The human tooth was chanced upon during an archaeological survey in a remote area of Laos. The scientists have shown it originated from the same ancient human population first recognised in Denisova Cave (dubbed the Denisovans), in the Altai Mountains of Siberia (Russia).

The research team made the significant discovery during their 2018 excavation campaign in northern Laos. The new cave Tam Ngu Hao 2, also known as Cobra Cave, is located near to the famous Tam Pà Ling Cave where another important 70,000-year-old human (Homo sapiens) fossils had been previously found.

The international researchers are confident the two ancient sites are linked to Denisovans occupations despite being thousands of kilometres apart.

Their findings have been published in Nature Communications, led by The University of Copenhagen, the CNRS (France), University of Illinois Urbanna-Champain (USA), the Ministry of Information Culture and Tourism, Laos and supported by microarchaeological work undertaken at Flinders University, and geochronological analyses at Macquarie University and Southern Cross University in Australia.

Lead Author and Assistant Professor of Palaeoanthropology at the University of Copenhagen, Fabrice Demeter, says the cave sediments contained teeth of giant herbivores, ancient elephants and rhinos that where known to live in woodland environments.

“After all this work following the many clues written on fossils from very different geographic areas our findings are significant,” Professor Demeter says.

“This fossil represents the first discovery of Denisovans in Southeast Asia and shows that Denisovans were in the south at least as far as Laos. This is in agreement with the genetic evidence found in modern day Southeast Asian populations.”

Following a very detailed analysis of the shape of this tooth, the research team identified many similarities to Denisovan teeth found on the Tibetan Plateau – the only other location that Denisovan fossils have ever been found.

This suggested it was most likely a Denisovan who lived between 164,000 -131,000 years ago in the warm tropics of northern Laos.

“We have essentially found the ’smoking gun’ – this Denisovan tooth shows they were once present this far south in the karst landscapes of Laos,” says Associate Professor Morley.

The complexity of the site created a challenge for dating and required two Australian teams.

“Establishing a sedimentary context for the fossils’ final resting place provides an internal check on the integrity of the find– if the sediments and fossils return a similar age, as seen in Tam Ngu Hao 2, then we know that the fossils were buried not long after the organism died,” says Associate Professor Kira Westaway.

Dating directly the fossils remains is crucial, if we want to understand the succession of events and species in the landscape.

“The good agreement of the different dating techniques, on both the sediment and fossils, attest of the quality of the chronology for the species in the region. And this has a lot of implication for population mobility in the landscape” says A. Prof Renaud Joannes-Boyau from Southern Cross University

The fossils were likely scattered on the landscape when they were washed into the cave during a flooding event that deposited the sediments and fossils.

Unfortunately, unlike Denisova Cave, the humid conditions in Laos meant the ancient DNA was not preserved. However, the archaeological scientists did find ancient proteins suggesting the fossil was a young, likely female, human likely aged between 3.5 - 8.5 years old

The finding suggests Southeast Asia was a hotspot of diversity for humans with at least five
different species setting up camp at different times; H. erectus, the Denisovans/Neanderthals, H. floresiensis, H. luzonensis and H. sapiens.

Southeast Asian caves could provide the next clue and further hard evidence to understand these complex demographic relationships.

Read the full paper in Nature Communications titled ‘A Middle Pleistocene Denisovan from the Annamite Chain in northern Laos’. 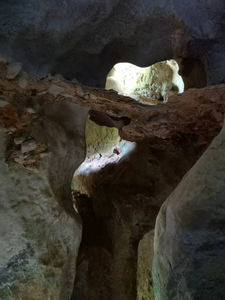 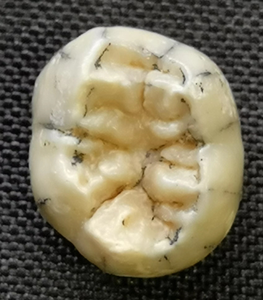 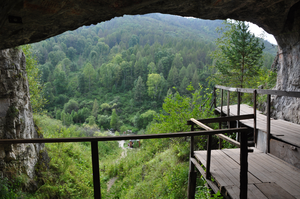 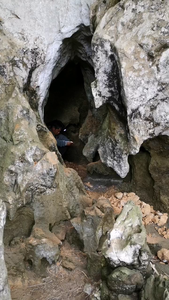 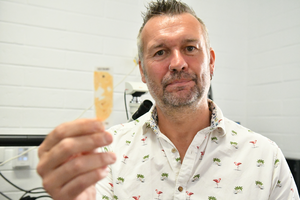