An international study provides the first global evaluation of all terrestrial vertebrate species that have not been declared extinct and identifies more than 500 species considered to be ‘lost’—those that haven’t been seen by anyone in more than 50 years.

Researchers reviewed information on 32,802 species from the International Union for Conservation of Nature Red List of Threatened Species (IUCN Red List) and identified 562 lost species. Their findings appear in the journal Animal Conservation.

The IUCN Red List defines extinct as ‘when there is no reasonable doubt the last individual of a species has died,’ which can be challenging to verify.  According to Simon Fraser University biodiversity professor and study co-author Arne Mooers, the Red List categorizes 75 of these 562 lost species as ‘possibly extinct.’  The researchers note the existence of many species with an uncertain conservation status may become increasingly problematic as the extinction crisis worsens and more species go missing.

Reptiles led the way with 257 species considered lost, followed by 137 species of amphibians, 130 species of mammals and 38 species of birds. Most of these lost animals were last seen in megadiverse countries such as Indonesia (69 species), Mexico (33 species) and Brazil (29 species).

While not surprising, this concentration is important, according to researchers.  "The fact most of these lost species are found in megadiverse tropical countries is worrying, given such countries are expected to experience the highest numbers of extinctions in the coming decades,” says study lead author Tom Martin from the UK’s Paignton Zoo.

Gareth Bennett, an SFU undergraduate student who did much of the data combing, adds: "We hope this simple study will help make these lost species a focus in future searches.”

The authors suggest that future survey efforts concentrate on the identified ‘hotspots’ where the existence of many particular species remains in question. More funding would be needed to support such hotspot-targeted fieldwork to either rediscover lost species or to remove the reasonable doubt that a particular lost species does, in fact, still exist.

‘Lost’ taxa and their conservation implications 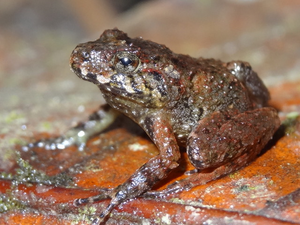