Irvine, Calif., June 2, 2022 – Researchers at the University of California, Irvine are conducting pioneering research into the concept that unpredictable parental behaviors, together with unpredictable environment, such as lack of routines and frequent disasters, disrupt optimal emotional brain circuit development in children, increasing their vulnerability to mental illness and substance abuse.

“This perspective starts from basic principles of how the brain’s sensory – audio and visual – and motor circuits are established and refined, and we apply those to emotional circuits that govern reward-, stress- and fear-related behaviors. It’s not only positive or negative parental signals, but also the patterns of these behaviors and especially their predictability or unpredictability, that are linked to adverse outcomes such as poor emotional control in later life. The latter are indicators of higher risks for mental illness, post-traumatic stress disorder and substance abuse,” said Baram.

The formation of sensory brain circuits involves an initial phase of genetically and molecularly driven actions, including neuronal migration and the establishment of synapses. Complex emotional and cognitive human behavior involves many decisions and actions and are also executed by brain circuits. These higher-order circuits include the interactions of the prefrontal cortical areas, thalamic nuclei, hippocampus, amygdala and hypothalamic nuclei, and subcortical regions of the brain. They receive numerous streams of information which promote activity of the neurons in the circuits. This activity is required for maturation of the components and refinement of the integrative connections. In early life, as these emotional circuits are developing, parents are the proximate primary environment: They are the source of information that influences the child’s brain maturation.

Studies of mice reared by dams displaying unpredictable behavior sequences (but the same total amount of care) during the early postnatal period show that maternal behaviors influence synaptic connectivity in key brain nodes, including those that contribute to stress. Research involving infants and children suggests that unpredictable patterns of maternal behaviors are associated with later deficits in emotional control and behaviors. These effects persist even after correction for other early-life variables such as maternal sensitivity to the infant’s needs, socioeconomic status and maternal depressive symptoms.

“What’s significant about this research is that it identifies new targets for intervention and helps us think of measures we can put in place to best support the development of mentally and cognitively healthy children,” Baram said. “Unpredictability is actionable, because we can aim to inform and educate parents, caregivers and others about the importance of predictable signals and environments to infants’ and children’s brain maturation.”

Baram and her team are continuing to build on their research at the UCI Conte Center. “We are conducting mechanistic studies in experimental rodents and monitoring infants, children and adolescents in the center. We are now ready to test our discoveries in large scale, ‘real-world’ research,” she said.

This research was supported by the National Institutes of Health under grants P50 MH096889, MH73136, and NS108296; the Donald L. Bren Foundation; and the Hewitt Foundation for Biomedical Research.

About the University of California, Irvine: Founded in 1965, UCI is the youngest member of the prestigious Association of American Universities and is ranked among the nation’s top 10 public universities by U.S. News & World Report. The campus has produced five Nobel laureates and is known for its academic achievement, premier research, innovation and anteater mascot. Led by Chancellor Howard Gillman, UCI has more than 36,000 students and offers 224 degree programs. It’s located in one of the world’s safest and most economically vibrant communities and is Orange County’s second-largest employer, contributing $7 billion annually to the local economy and $8 billion statewide. For more on UCI, visit www.uci.edu. 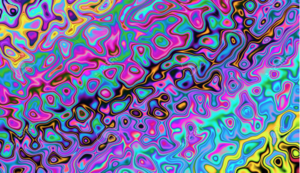