Scientists at the University of Bristol have demonstrated how predators overcome their preys’ erratic behaviour by adapting their own during the hunt.

Instead of simply fleeing directly away from a predator, many prey species from across the animal kingdom choose to escape in a surprisingly wide range of directions. Scientists have long suspected that this unpredictability helps them evade capture by keeping predators guessing about the prey’s next move.

By studying how real predatory fish (blue acara cichlids) attack robotic prey, researchers from Bristol’s School of Biological Sciences were able to experimentally test this idea. Rather than confirming that unpredictable escape tactics are beneficial to prey, the new research suggests that predators can neutralise this strategy by flexibly adjusting their own behaviour.

Like many real prey hiding from predators, the robotic prey started each experiment motionless, before eventually fleeing once the cichlid predator got too close. But unlike real prey, their escape direction could be programmed in advance. This key design feature enabled the researchers to vary how predictable the prey’s escape direction was over a series of interactions with the predators.

Predators facing predictable prey adjusted their speed of approach according to the prey’s escape direction, going faster when prey were heading directly away from them and more slowly if prey were fleeing sideways. This adjustment occurred before the prey even started to escape, suggesting that the predators were able to anticipate the prey’s behaviour, based on their experience of previous interactions. By contrast, predator individuals facing unpredictable prey did not adjust their approach speed to match the prey’s escape angle.

Senior author Dr Christos Ioannou, Associate Professor of Behavioural Ecology commented: “Our results suggest that the predators in our study were able to overcome the potential downsides of facing prey which behave unpredictably. From the prey’s point of view, this raises the question of whether unpredictable behaviour is as widely beneficial as was originally thought.”

These findings are potentially significant for the evolution of prey escape behaviour. They suggest that the behavioural characteristics of the predator, including its capacity to counteradapt, may be crucial in determining whether being unpredictable is beneficial to prey.

Dr Szopa-Comley, added: “One of the key messages from our research is that predators are capable of dynamically adjusting their behaviour in a way that can have dramatic consequences for the success of prey survival strategies.” 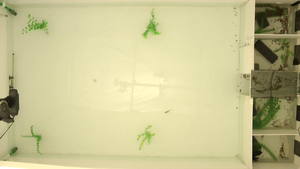 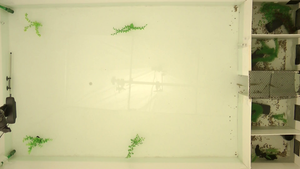