New York, NY – The American Federation for Aging Research (AFAR), a national non-profit organization whose mission is to support and advance healthy aging through biomedical research, recognizes the exemplary contributions of Thomas M. Gill, MD, and Jamie N. Justice, PhD, to the field of aging research through its 2022 Scientific Awards of Distinction.

Thomas M. Gill, MD, will receive the Irving S. Wright Award of Distinction. This award is named in honor of AFAR’s founder and recognizes exceptional contributions to basic or clinical research in the field of aging. Established in 1982, the award is a framed citation and carries a cash prize of $5,000. A practicing geriatrician and clinical epidemiologist, Dr. Gill is a leading international authority on the epidemiology and prevention of disability among older persons. His nomination for the Wright Award lauded his groundbreaking research on the mechanisms underlying and interventions targeting functional decline and disability among community-living older persons. He collaborates with investigators throughout the country, is a leader of multisite clinical trials, and is a devoted mentor. He has published more than 350 original reports and has been continuously funded by the National Institutes of Health (NIH) and multiple foundations since 1997. Dr. Gill is the Humana Foundation Professor of Medicine (Geriatrics) and Professor of Epidemiology (Chronic Diseases) and of Investigative Medicine; Director, Yale Program on Aging; Director, Claude D. Pepper Older Americans Independence Center; Director, Yale Center for Disability and Disabling Disorders; and Director, Yale Training Program in Geriatric Clinical Epidemiology and Aging-Related Research.

Jamie N. Justice, PhD, will receive the Vincent Cristofalo Rising Star Award in Aging Research. This award is named in honor of the late Dr. Cristofalo, who dedicated his career to aging research and to encouraging young scientists to investigate important problems in the biology of aging. Established in 2008, the award is a framed citation and carries a cash prize of $5,000. A translational scientist, Dr. Justice's research aims to evaluate the functional role of biological processes underlying human aging, and to move interventions targeting these processes from animal models to clinical trials. This includes: 1) developing frameworks for biomarkers and aging outcomes in clinical trials of lifestyle interventions and gerotherapeutics, and 2) establishing functional consequences of cellular senescence in human aging and obesity. She has co-authored a range of leading publications with senior researchers in major journals, and she serves on the leadership team of the new NIA-supported Geroscience Education and Training Network. In doing so, she is an influential advocate for the advancement of geroscience, which seeks to target biological aging processes to prevent or delay functional decline and age-related chronic diseases collectively, rather than one at a time. Dr. Justice is an Assistant Professor in the Department Internal Medicine, Gerontology & Geriatric Medicine at Wake Forest University School of Medicine, Sticht Center for Healthy Aging and Alzheimer’s Prevention, the Jarrahi Research Scholar in Geroscience Innovation at Wake Forest, and co-leads the Integrative Biology Core of the Wake Forest Claude D. Pepper Older Americans Independence Center.

“These awards are given annually to members of the aging research community whose work advances both the field and our understanding of aging,” notes AFAR Executive Director Stephanie Lederman, EdM. “Both awards are named in honor of farsighted scientists, and the recipients are chosen for their vision and accomplishments.”

Nominations for the awards are by invitation and are judged by an independent panel of leading aging researchers. To date, AFAR has presented 43 Irving Wright Awards and 15 Vincent Cristofalo Awards.

The awards will be presented at the Annual Meeting of the Gerontological Society of America in November 2022, where Dr. Gill and Dr. Justice will also give lectures.

Thomas M. Gill, MD: 2022 Irving S. Wright Award | Dr. Thomas M. Gill is Professor of Medicine, Epidemiology, and Investigative Medicine and the Humana Foundation Professor of Geriatric Medicine at Yale University. He received his research training in clinical epidemiology at Yale in the Robert Wood Johnson (RWJ) Clinical Scholars Program (now the National Clinician Scholars Program), and he joined the faculty in 1994 after completing an additional year as a geriatrics fellow. Dr. Gill is a leading authority on the epidemiology and prevention of disability among older persons and is the recipient of numerous awards, including the Paul Beeson Physician Faculty Scholars in Aging Research Award, the RWJ Generalist Physician Faculty Scholar Award, the 2001 Outstanding Scientific Achievement for Clinical Investigation Award from the American Geriatrics Society, the Ewald W. Busse Research Award in the Biomedical Sciences, and the 2012 Joseph T. Freeman Award from the Gerontological Society of America. Dr. Gill holds several leadership positions at Yale, including Director of the Program on Aging and Claude D. Pepper Older Americans Independence Center, Director of the Center on Disability and Disabling Disorders, and Director of an NIA-funded postdoctoral training program in Geriatric Clinical Epidemiology and Aging-Related Research. His research accomplishments have been recognized through receipt of a MERIT Award from the National Institutes of Health and election to the American Society of Clinical Investigation and Association of American Physicians. He is a Multiple-Principal Investigator and Chair, Leadership Core of the Clinician-Scientists Transdisciplinary Aging Research (Clin-STAR) initiative of the National Institute on Aging of the National Institutes of Health (NIH).

Jamie N. Justice, PhD: 2022 Vincent Cristofalo Rising Star Award in Aging Research | Dr. Jamie N. Justice is Assistant Professor in the Department Internal Medicine, Gerontology & Geriatric Medicine at Wake Forest University School of Medicine (WFUSM), Sticht Center for Healthy Aging and Alzheimer’s Prevention. Dr. Justice received her research training at the University of Colorado Boulder in Integrative Physiology, where she sought to determine integrative mechanisms underlying age-related functional decline and conducted parallel testing of gerotherapeutic interventions in aged mice and older adults. At WFUSM, she extended her training to include studies on aging in nonhuman primates and clinical trials in older adults. Dr. Justice joined faculty at WFUSM in 2017, and leads multi-disciplinary team-based research projects to evaluate the functional role of biological processes underlying human aging, and to translate promising interventions to clinical trials. This includes: 1) aging outcomes trials testing metformin or lifestyle interventions, and 2) clinical studies on cellular senescence in human aging. Dr. Justice holds several leadership positions at Wake Forest, including serving as co-PI of the Wake Forest Biogerontology Lab, and co-leader of the Integrative Biology Core of the Wake Forest Claude D. Pepper Older American’s Independence Center (OAIC), and she is the founder and team leader of the Wake Forest Geroscience Affinity Group. Nationally, Jamie is previous Chair of the Emerging Scholars and Professionals Organization of Gerontological Society of America (GSA, 2018-2021), an engaged member of the Translational Geroscience Network, and mPI of the new Geroscience Education and Training Network (GET Network), which is committed to creating a diverse multidisciplinary workforce in geroscience. Her research accomplishments have been recognized through invited lectureships, travel and publication awards, and she is the inaugural Jarrahi Research Scholar in Geroscience Innovation at Wake Forest.

About AFAR
The American Federation for Aging Research (AFAR) is a national non-profit organization that supports and advances pioneering biomedical research that is revolutionizing how we live healthier and longer. For more than four decades, AFAR has served as the field’s talent incubator, providing more than $189 million to more than 4,300 investigators at premier research institutions nationwide. A trusted leader and strategist, AFAR also works with public and private funders to steer high quality grant programs and interdisciplinary research networks. AFAR-funded researchers are finding that modifying basic cellular processes can delay—or even prevent—many chronic diseases, often at the same time. They are discovering that it is never too late—or too early—to improve health. This groundbreaking science is paving the way for innovative new therapies that promise to improve and extend our quality of life—at any age. Learn more at www.afar.org or follow AFARorg on Twitter and Facebook. 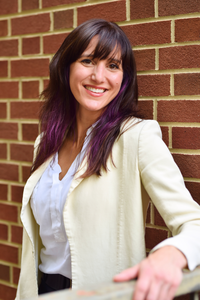