Poultry is responsible for more than one out of every five cases of salmonella infection in the U.S. But traditional methods of testing the chicken you grab off the grocery shelf may not be enough to detect all strains of the bacteria, according to new research from the University of Georgia.

Published in Applied and Environmental Microbiology, the study analyzed national salmonella data from the U.S. Department of Agriculture Food Safety Inspection Service from 2016 to 2020.

“When I first started at the Poultry Diagnostic and Research Center four years ago and met with several different poultry companies, one of the things they said to me was that the salmonella they find on the farms is not the same type of salmonella they find in the processing plant,” said Nikki Shariat, corresponding author of the study and an assistant professor in the College of Veterinary Medicine.

The researchers partnered with the Georgia Poultry Lab Network in Gainesville, Georgia, to examine what strains of salmonella, known as serotypes, were present in breeder chickens versus the strains present in chicken products.

The most abundant and easily detectable strain of the bacteria on the farm in Georgia is the Kentucky serotype, accounting for 80% of all salmonella found.

While no salmonella is “good,” Kentucky isn’t commonly associated with human illness. And poultry companies seem to be able to remove Kentucky more effectively during processing, which may be one reason the researchers didn’t see the same amount of the strain in the processed chicken.

What they did see in the samples from processing plants were three other types of salmonella, some that are known to cause illness in people: Infantis, Enteritidis and Schwarzengrund.

“The question was, ‘where are these non-Kentucky serotypes coming from?’” said Shariat. “We suspected they were present on the farm but that we were not able to detect them using traditional methodology.”

Known as CRISPR-SeroSeq, the technology identifies molecular signatures in salmonella’s CRISPR regions, a specialized part of the bacteria’s DNA, and helps researchers identify which strains of the bacteria are most abundant.

“Over recent years, the poultry industry has made great strides in reducing salmonella in their processing facilities,” Shariat said. “There is no silver bullet that can eliminate salmonella in the processing plant or during pre-harvest in the birds.”

Poultry veterinarians do vaccinate birds against the types of salmonella most often linked to human illness outbreaks. But in order to do that effectively, the veterinarians need to know which types of the bacteria are in the birds on the farm.

“The higher-resolution technology used in this research found that multiple salmonella serotypes were present but were typically outnumbered by serotype Kentucky,” Shariat said. “Our study now provides a framework for how to identify those serotypes. This knowledge provides poultry producers with better data to be able to inform their salmonella control practices.”

“Our main focus is to make sure that at the end of the day we’re facilitating improvements in the poultry industry,” said Amy Siceloff, first author of the study and a doctoral student in UGA’s Department of Microbiology. “Now that we’re aware of this gradual increase in serotypes and that they don’t just pop up overnight, this kind of surveillance is going to be key in managing salmonella moving forward.”

The study was funded by a USDA-NIFA award to Shariat. Doug Waltman of the Georgia Poultry Laboratory Network co-authored this study. 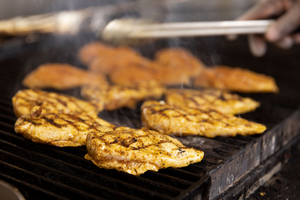 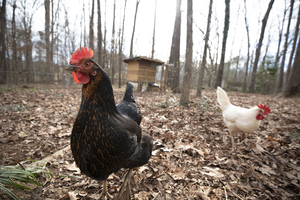