The US "Congressionally Directed Medical Research Programs" (CDMRP) provide grants on behalf of the US Department of Defense (DoD) to support medical research projects in 18 biomedical programs. Each research program is focused on ending or curing a particular disease, condition or injury, and having a major impact on the quality of life of its survivors. Researchers apply for these grants in a highly competitive process. The DoD is responsible for the lifelong medical care of its employees. For this reason, its medical research programs support both basic and applied research in various areas of medicine, such as ovarian cancer research in its Ovarian Cancer Research Program. The CDMRP has existed since 1992. The total budget for 2021 amounted to around $1.5 billion.

The Ovarian Cancer Research Program is the only US federal research program dedicated to this deadly disease and among the most prestigious awards for ovarian cancer. It invests in high-impact, cutting-edge research to target the most critical needs along the research development pipeline from basic to translational to clinical research, and supports innovative approaches to move the field forward to their vision of eliminating ovarian cancer. Besides the two awards for Bern and Geneva, a third award was granted to a researcher from the Lausanne University Hospital, making Switzerland home to three of only four grants awarded to European projects this year.

"This is an extraordinary success as in the past 10 years only one other Ovarian Cancer Research Program award was granted to a European scientist", says Prof. Brigitte Galliot, Vice-Rector for Research at the University of Geneva. “The Bernese and Geneva groups have been working together excellently in the fight against ovarian cancer. I am very pleased that they have now been awarded this competitive grant," says Prof. Hugues Abriel, Vice-Rector for Research at the University of Bern. Of the seven different types of awards, the project of Sven and Intidhar Labidi-Galy is one of only 12 Investigator-Initiated Research Awards which were selected from 95 applications. Their research project will be supported with around $878,000 in total for four years.

Ovarian cancer is the first cause of death from gynecological cancers. Its median survival does not exceed four years, mainly because the disease is usually in an advanced stage when it is diagnosed. About 30% of high-grade serous ovarian cancer, a very aggressive ovarian cancer subtype, harbor inactivated BRCA1/BRCA2 genes. These tumors are often highly sensitive to inhibitors of poly(ADP-ribose) polymerase (PARPi), which has resulted in a recently introduced maintenance therapy that has led to unprecedented improvement in survival of ovarian cancer patients.

Unfortunately, most women will eventually have a relapse of their cancer and develop resistance to PARPi. Survival of these patients is poor, not exceeding 18 months. “This is why it is urgent to identify the biological mechanisms underlying resistance to PARPi and, based on this knowledge, develop new targeted therapies for our patients that overcome resistance,” says Intidhar Labidi-Galy, Senior Attending Physician responsible for gynecological cancers at the Department of Oncology, Geneva University Hospitals and Group Leader at the Translational Research Center in Onco-Hematology at the Faculty of Medicine, University of Geneva. “We and others have described several mechanisms of resistance to PARPi in preclinical models but very little is known about how this resistance occurs in human tumors,” explains Sven Rottenberg, Director of the Institute of Animal Pathology at the Vetsuisse Faculty, University of Bern and Group Leader at the Bern Center for Precision Medicine.

To investigate the mechanisms of resistance to PARPi in BRCA-mutated ovarian cancer, the team will apply modern high-throughput approaches that include digital pathology and artificial intelligence, genomics and spatial transcriptomics of biopsies collected from ovarian cancer patients who developed PARPi resistance. The putative mechanisms of resistance to PARPi will be further validated using 3D culture systems of living tumor samples derived from ovarian cancer patients. The overall goal of this research is to provide novel therapeutic strategies to improve the health and well-being of women impacted by drug-resistant ovarian cancer.

Major US award for Bern and Geneva researchers 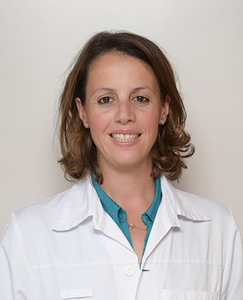