Brown dwarfs are mysterious astronomical objects that fill the gap between the heaviest planets and the lightest stars, with a mix of stellar and planetary characteristics. Due to this hybrid nature, these puzzling objects are crucial to improve our understanding of both stars and giant planets. Brown dwarfs orbiting a parent star from sufficiently far away are particularly valuable as they can be directly photographed – unlike those that are too close to their star and are thus hidden by its brightness. This provides scientists with a unique opportunity to study the details of the cold, planet-like atmospheres of brown dwarf companions.

However, despite remarkable efforts in the development of new observing technologies and image processing techniques, direct detections of brown dwarf companions to stars have remained rather sparse, with only around 40 systems imaged in almost three decades of searches. Researchers led by Mariangela Bonavita from the Open University and Clémence Fontanive from the Center for Space and Habitability (CSH) and the NCCR PlanetS at the University of Bern directly imaged four new brown dwarfs as they report in a study that has just been published in the journal Monthly Notices of the Royal Astronomical Society MNRAS. This is the first time that multiple new systems with brown dwarf companions on wide orbital separations have been announced at the same time.

"Wide-orbit brown dwarf companions are rare to start with, and detecting them directly poses huge technical challenges since the host stars completely blind our telescopes", says Mariangela Bonavita. Most surveys conducted so far have been blindly targeting random stars from young clusters. “An alternative approach to increase the number of detections is to only observe stars that show indications of an additional object in their system”, explains Clémence Fontanive. For example, the way a star moves under the gravitational tug of a companion can be an indicator of the existence of that companion, whether it is a star, a planet or something in between.

“We developed the COPAINS tool which predicts the types of companions that could be responsible for observed anomalies in stellar motions”, Clémence Fontanive continues. Applying the COPAINS tool the research team carefully selected 25 nearby stars that seemed promising for the direct detection of hidden, low-mass companions based on data from the Gaia spacecraft of the European Space Agency (ESA). Using then the SPHERE planet-finder at the Very Large Telescope in Chile to observe these stars, they successfully detected ten new companions with orbits ranging from that of Jupiter to beyond that of Pluto, including five low-mass stars, a white dwarf (a dense stellar remnant), and a remarkable four new brown dwarfs.

“These findings significantly advance the number of known brown dwarfs orbiting stars from large distances, with a major boost in detection rate compared to any previous imaging survey”, as Mariangela Bonavita explains. While for now this approach is mostly limited to signatures from brown dwarf and stellar companions, future phases of the Gaia mission will push these methods to lower masses and allow for the discovery of new giant exoplanets. Clémence Fontanive adds: "On top of having so many new discoveries in one go, our program also demonstrates the power of these search strategies."

“This result was only possible because we believed that, when combining space and ground-based facilities to directly image exoplanets, the whole is greater than the sum of its parts. We hope that this will be the start of a new era of synergy between different instruments and detection methods”, Mariangela Bonavita concludes. 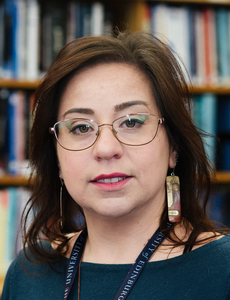 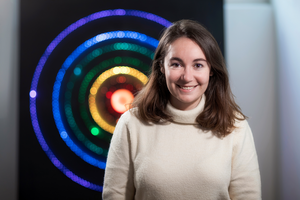