Kobe University researchers have successfully developed a tyrosine chassis (a strain of microorganism with high tyrosine productivity) in the yeast Pichia pastoris through rational engineering. In addition they used this tyrosine chassis to develop smart cells that can produce the plant-derived compounds resveratrol, naringenin, norcoclaurine, and reticuline respectively. These compounds have a wide range of applications; for example they are used to add nutrition to foods and as raw materials for medicines. It is hoped that this tyrosine chassis can be used as a starting point for high-yield biosynthesis of various useful compounds and generic chemicals.

These research results were published in the international scientific journal ‘ACS Synthetic Biology’ on May 16, 2022.

Research Background
Bioactive plant-derived aromatic compounds such as stilbenoids, flavonoids and benzylisoquinoline alkaloids (BIAs) are produced from tyrosine. These compounds have a diverse range of applications across many industries including chemical production, food, cosmetic and pharmaceutical industries. These aromatic compounds are currently produced by direct extraction from plants, however only small amounts are found inside plants and the yield greatly depends on weather and climate. There is not a stable supply.

In recent years, advances in synthetic biology have led to the development of techniques to produce useful compounds. These techniques take advantage of microorganisms’ ability to produce substances by introducing plant-derived metabolic pathways into the microorganism so that it will produce the target compound. Of the microorganisms, yeasts have received attention as hosts for compound production because they excel at biosynthesizing plant-derived compounds. However, yeasts’ potential for producing tyrosine-derived compounds was unclear as few successes had been reported.

In this study, the researchers began by creating a yeast strain that could produce high yields of tyrosine. Using this new strain as a starting point, they made alterations to its metabolism to achieve the aforementioned goal of producing high yields of various useful compounds. The type of yeast they focused on was P. pastoris. P. pastoris multiplies quickly under aerobic conditions and does not produce fermentative byproducts (ethanol), meaning that it has the potential to produce high yields of a target compound in a short amount of time. However, no studies had reported on producing tyrosine-derived compounds in P. pastoris and it was not known which genes would be useful for producing high yields. While conducting a simple evaluation on the amount of produced tyrosine, the researchers also looked for genes that improve tyrosine production. They then evaluated P. pastoris’s potential for biosynthesizing tyrosine-derived useful compounds by introducing biosynthesis pathways into the yeast for each of the following: the stilbenoid resveratrol, the flavonoid naringenin, and the BIAs norcoclaurine and reticuline.

Research Methodology
First of all, the researchers set out to find genes in yeast strains that boost production of tyrosine. To do this, they focused on betaxanthin, which can be produced from tyrosine in a 3 step reaction (Figure 1).

Betaxanthin is a yellow pigment that emits green fluorescence. Therefore, it is easy to evaluate the strength of the metabolic flux to tyrosine by looking at the fluorescence intensity and color. In creating this evaluation method, the researchers discovered genes that improved tyrosine productivity and used this knowledge to successfully develop a strain of P. pastoris with high tyrosine productivity (Figure 2).

The researchers’ next aim was to improve the production rate of various useful tyrosine-derived compounds by modifying the metabolism of the high productivity strain. They succeeded in greatly improving the production of resveratrol, naringenin and norcoclaurine by introducing specific biosynthesis pathways (Figure 1) for each one, revealing that P. pastoris can produce high yields of tyrosine-derived compounds (Figure 3).

Subsequently, the research group comprehensively analyzed the intracellular metabolites in the novel P. pastoris strain that they developed and investigated the mechanism for high tyrosine productivity. The results revealed that large numbers of shikimate pathway metabolites involved in tyrosine and tyrosine synthesis accumulated in the engineered strain (Figure 4). These results show that modifying the metabolism successfully enhanced the metabolic flux to tyrosine. There is future potential to further increase production of useful compounds that can be biosynthesized from tyrosine by optimizing the metabolism of the shikimate pathway.

Further Research
The tyrosine chassis developed through this research can be applied to the fermentative production of various useful compounds and generic chemicals that can be biosynthesized from tyrosine. In addition, the researchers hope to further increase the production of tyrosine-derived compounds by using the results of the metabolome analysis of their novel P. pastoris strain as a basis for metabolic pathway optimization.

Acknowledgements
This research was supported by the following research development projects by the New Energy and Industrial Technology Development Organization (NEDO) of Japan: ‘Development of production techniques for highly functional biomaterials using plant and other organism smart cells’ (P16009) and ‘Development of bioderived product production technology that accelerates the realization of carbon recycling’ (P20011). 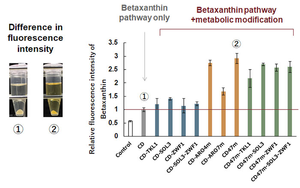 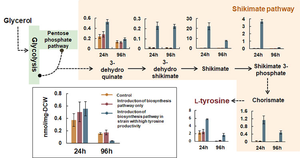 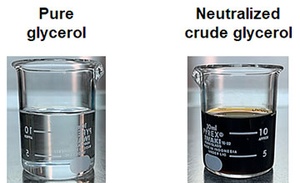