Photonic Dirac cone is a special kind of degenerate state with linear dispersion, which is ubiquitous in various two-dimensional photonic crystals. By introducing the spatial inversion symmetry breaking, photonic Dirac cone will transit to valley states. Such photonic crystals are called valley photonic crystals. In the band gap of the valley photonic crystal, there are valley-protected edge states, which have been verified in silicon photonic crystal slabs. Based on these edge states, many micro-nano photonic integrated devices such as sharp bend waveguides and microcavity lasing have been realized. Correspondingly, photonic nodal ring is a kind of energy band degeneracy that exists in the three-dimensional structure, and it appears as a closed ring in the energy band. By introducing symmetry breaking, the nodal ring can transit to ridge states. Compared with the valley state, the ridge state has more abundant optical behaviors, such as negative refraction and surface-dependent Goos–Hänchen shift. However, the complex three-dimensional structure hinders the realization of the above behaviors in the optical region, and even further to obtain novel functional photonic devices. Therefore, how to realize the ridge state by a simple optical structure has become an urgent problem to be solved in this field.

In a new paper published in Light Science & Applications, a team led by Professor Jianwen Dong from School of Physics and State Key Laboratory of Optoelectronic Materials and Technologies, Sun Yat-sen University, China have realized an ideal nodal ring and ridge states in visible region using simple 1D photonic crystals. They also experimentally observed the surface states in the bandgap of the ridge photonic crystal. The research highlights of this work include the following three aspects:

Further, the research team replaced a layer of silicon nitride (n=2) with silicon-rich nitride (n=3) in the primary cell of the nodal ring photonic crystal, thereby breaking the spatial inversion symmetry of the structure (Fig. 2(a)). In this case, the nodal ring degeneracy transits to a ridge state with a bandgap. They called this kind of photonic crystal as ridge photonic crystal. Similar to the valley photonic crystal, the calculation results show that a toroidal-shaped Berry flux is formed near the position of the original nodal ring, implying the existence of topologically protected interface states in this bandgap (Fig. 2(c)). Using the low-loss silicon-rich nitride film growth process developed earlier, the research team fabricated a one-dimensional ridge photonic crystal, and observed the interface states by measuring the angle-resolved reflectance spectrum in the wavelength range of 600-1100 nm (Fig. 2(d)).

“Our work paves the way for realizing optical phenomena such as negative refraction of surface states and surface-dependent Goos–Hänchen shift in the optical region. Furthermore, nodal ring can also transit to Weyl point degeneracy by introducing other types of symmetry breaking. Therefore, the one-dimensional nodal ring photonic crystal proposed in this work provides the possibility to explore the applications of Weyl point and its associated topological surface states in micro-nano optics.” The scientists forecast. 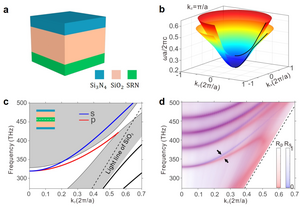 Figure 3 |Optical Tamm states in the interface between the nodal ring photonic crystal and the silver.