National Institute of Polar Research (NIPR) and Japan Aerospace Exploration Agency (JAXA) in Japan reported that the Antarctic sea ice extent was the smallest on February 20, 2022, since satellite observations began in 1978. The satellite observation data used in this analysis is available on the Arctic Data archive System (ADS) website.

In the extremely cold Antarctic region, the sea freezes in the winter and thaws when it warms up, similar to the lakes. As you might expect, the extent of sea ice shows seasonal variations, increasing in winter and decreasing in summer. Contrary to expectations, however, recent global warming has not led directly to a decrease in sea ice extent in the Antarctic region. The reason is that the complex changes caused by global warming differ from region to region, with some areas experiencing increased sea ice production. It is essential to understand how sea ice extent changes over time in each part, not only in terms of economic activities such as route setting of the ocean but also in terms of understanding the effects of global warming.

NIPR and JAXA visualize temporal and spatial changes in the Antarctic and Arctic sea ice extent and publish the data on the Arctic Data archive System (ADS) website as one of the activities of Arctic Challenge for Sustainability II (ArCS II). These data are based on observations by JAXA's Global Change Observation Mission - Water "SHIZUKU" (GCOM-W) (Figure). In the GCOM-W satellite observation data, the research group found the characteristic change in the sea ice extent data around the Antarctic Continent in February 2022, the summer season.

“This time, we discovered the phenomenon of minimum sea ice extent based on observation data from the Advanced Microwave Scanning Radiometer 2 (AMSR2) onboard the GCOM-W. However, we know that sea ice's role in the global environment varies depending on ice thickness, surface conditions, and drifting conditions. Currently, such information can only be obtained from field observations, but JAXA is developing a method to estimate such information from satellite observation data. For this development, it is necessary to accumulate information on how the Antarctic region's actual state of sea ice is reflected in satellite observation figures. Therefore, field observations are becoming more critical," said Project Professor Yabuki.

JAXA is also preparing to launch a new satellite, the Global Observing SATellite for Greenhouse gases and Water cycle (GOSAT-GW), which will carry AMSR3, the successor to AMSR2.

Note: This news release was published on April 28, 2022 originally in Japanese.

The Arctic Challenge for Sustainability II (ArCS II) is Japanese national flagship project for Arctic research. Aiming to foster the realization of a sustainable society, the ArCS II project will promote advanced research to understand the current status and process of environmental changes in the Arctic and to improve meteorological and climate prediction in order to assess the impact of rapid environmental changes in the Arctic on human society, including Japan, as well as to implement the results of this research into society. They also provide domestic and international stakeholders with our scientific knowledge that will be a basis for legal and policy for the formation of international rules in the Arctic.

The Arctic Data archive System (ADS) collects observation data and modeling products obtained by various Japanese research projects and gives researchers to access the results. By centrally managing a wide variety of Arctic observation data, we promote the use of data across multiple disciplines. Researchers use these integrated databases to clarify the mechanisms of environmental change in the atmosphere, ocean, land-surface and cryosphere. The ADS will provide an opportunity of collaboration between modelers and field scientists, can be expected. 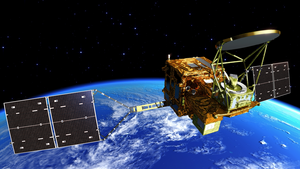 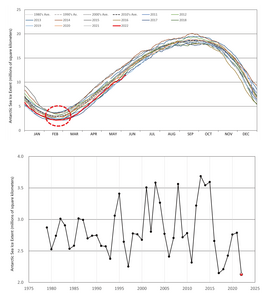