Since 2009, earthquakes have been rapidly rising in the Delaware Basin – a prolific oil-producing region in West Texas and New Mexico. According to a study led by researchers at The University of Texas at Austin, the majority of them can be linked to oil and gas production.

The researchers looked back on data that tracked seismicity and oil and gas production in the region from 2017 to 2020 and found that 68% of earthquakes above magnitude 1.5 were highly associated with one or more of the following oil and gas production activities: hydraulic fracturing or the disposal of produced formation water into either shallow or deep geologic formations. Formation water is found in all subsurface reservoirs and produced with oil and gas. Companies dispose of produced water by injecting it into geologic formations that are separate from oil and gas reservoirs.

All of these production activities are known to increase subsurface pore pressure, which is a mechanism for triggering earthquakes, said the study’s co-author, Alexandros Savvaidis, a researcher at the UT Bureau of Economic Geology and the principal investigator of Texas’ state seismic monitoring network and seismicity research TexNet, which is overseen by the bureau. By using a combination of statistical analysis and physics-based modeling, the study was able to disentangle which activities have a connection to past earthquakes.

“This paper shows that we now know a lot about how oil and gas activities and seismic activity are connected,” Savvaidis said. “The modeling techniques could help oil and gas producers and regulators identify potential risks and adjust production and disposal activity to decrease them.”

The study was published in Seismological Research Letters.

The researchers analyzed about 5,000 earthquakes, selecting the above magnitude 1.5 threshold. Forty-three percent of the earthquakes above magnitude 1.5 were linked with injection into shallow sedimentary formations, above the hydraulic fracturing depth; 12% were linked with injection into deep sedimentary formations above the basement rock and below the hydraulic fracturing depth. The 2020 magnitude 5.0 earthquake that occurred in Mentone, Texas, happened in a region where seismicity was strongly associated with deep produced water injection.

Hydraulic fracturing – a process that uses highly pressurized fluid to create and enhance fractures in the rock to increase the flow of oil and gas – was linked to only 13% of earthquakes. However, this was higher than previously expected.

The model divided the Delaware basin region into a grid of five kilometer squares (about 3 miles), with researchers analyzing connections between seismicity, oil and gas activity, and subsurface pore pressure for each square over time.

Lead author Iason Grigoratos developed the model as a postdoctoral researcher at the UT Jackson School of Geosciences, where the bureau is a research unit. The model was first applied in a 2020 study that found a connection between produced water disposal and seismicity in Oklahoma.

“We believe the framework presented in this study is applicable to other regions around the world that might be experiencing seismicity linked to subsurface fluid injection operations,” said Grigoratos, who is now a postdoctoral researcher at ETH Zurich.

The researchers said TexNet played a key part in the research by providing around-the-clock seismic monitoring across the state and recently launched an online tool so that oil and gas operators can voluntarily report data on produced water injection, improving upon the information that is available in national registries.

“Although there is still much to learn and more work to be done, especially when it comes to mitigating and forecasting, our knowledge of the linkage between water disposal, hydraulic fracturing and earthquakes continues to improve,” said Scott Tinker, the director of the bureau and a governor-appointed member of the TexNet Advisory Committee. “This knowledge helps academics, regulators and industry work together to mitigate and minimize risk. It is the type of coordination needed when it comes to many types of industrial operations. I am pleased to see Texas leading.”

The study was funded by the State of Texas through the TexNet program. Ellen Rathje, a professor at the UT Cockrell School of Engineering, is also a study co-author.

Distinguishing the Causal Factors of Induced Seismicity in the Delaware Basin: Hydraulic Fracturing or Wastewater Disposal? 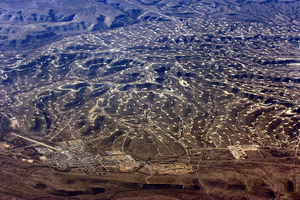