CHAMPAIGN, Ill. — According to a new study, the first louse to take up residence on a mammalian host likely started out as a parasite of birds. That host-jumping event tens of millions of years ago began the long association between mammals and lice, setting the stage for their coevolution and offering more opportunities for the lice to spread to other mammals.

Reported in the journal Nature Ecology and Evolution, the study compared the genomes and family trees of lice and their mammalian hosts. The effort revealed that the two trees share a lot of parallel branches and twigs. Those branching points – where one group of mammals began diverging into new forms – often were echoed in the genomes of the lice that parasitized those mammals, the researchers reported.

“In this paper, we use data from genome sequencing to show that a major newly recognized group of mammalian lice, including lice of humans, originated on the common ancestor of Afrotheria, a group of mammals primarily of African distribution that includes elephants, hyraxes and elephant shrews, among others,” said Kevin P. Johnson, a principal research scientist and ornithologist at the Illinois Natural History Survey who led the study with Jorge Doña, a Marie Curie postdoctoral researcher at the University of Illinois Urbana-Champaign and the University of Granada, Spain. “These lice then went on to colonize other major groups of mammals through the process of host switching.”

Lice fall into two groups based on their eating habits. Chewing lice munch on skin or secretions, while sucking lice pierce the skin to consume the blood of their hosts, Johnson said. Both types feed on mammals, but sucking lice are exclusive to mammals.

Recent genomic studies revealed that sucking lice are closely related to two groups of chewing lice that also feed on mammals, and “each of the major groups within this newly identified lineage occurs on at least one member of Afrotheria,” the researchers wrote. Afrotheria is an ancient lineage of mammals that includes elephants, elephant shrews, hyraxes, golden moles, aardvarks and others.

That research suggested that members of Afrotheria were the original mammalian hosts of lice. Johnson and Doña expanded the genomic sampling of mammalian louse genomes to include more lice associated with Afrotheria and compared the evolutionary history of the mammals and their lice. Specifically, they included lice from elephant shrews and hyraxes.

Their analysis indicated that the lice of elephants, hyraxes and elephant shrews were the most ancient in the group of chewing and sucking lice that fed on mammals.

“This shows that these mammalian lice started out in this weird group of African mammals and switched to other mammals after that,” Johnson said.

Host switching from birds to mammals was very rare, Johnson said. The team found evidence that this occurred only a few times – to Madagascan lemurs, South American rodents and some marsupials, for example. But once lice learned how to feed on mammals, they could more easily jump from one mammal species to another, and likely had more opportunities to do so. And as certain mammalian groups became separated – for example, geographically – they diverged and so did their lice, the analysis found.

While more work must be done to track the evolutionary history of lice and their hosts, Johnson said lice probably date back 90 million to 100 million years and likely first parasitized dinosaurs or birds.

“And then, after dinosaurs went extinct roughly 65 million years ago and birds and mammals really diversified, the lice also started to jump to new hosts and diversify,” he said.

The National Science Foundation and European Commission supported this research.

The paper “Phylogenomics reveal the origin of mammal lice out of Afrotheria” is available online and from the U. of I. News Bureau.

Phylogenomics reveal the origin of mammal lice out of Afrotheria

Study explores coevolution of mammals and their lice 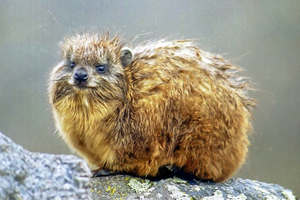 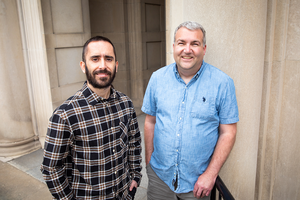 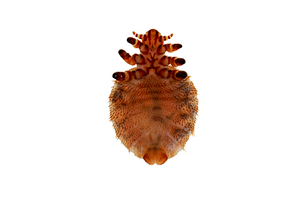 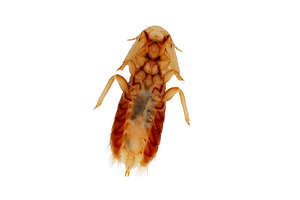 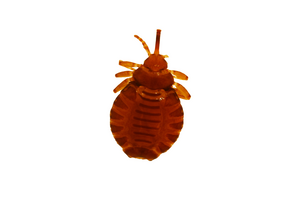