Pocket gophers are known for living solitary, underground lives, eating roots in North and Central American grasslands. Now, researchers reporting in the journal Current Biology on July 11 have found that pocket gophers keep up with the high energy demands of their burrowing lifestyle by “farming” roots that grow into their tunnels. They calculate that these roots supply 20 to 60 percent of the gophers’ need for daily calories.

“Southeastern pocket gophers are the first non-human mammalian farmers,” says F. E. “Jack” Putz of the University of Florida, Gainesville. “Farming is known among species of ants, beetles, and termites, but not other mammals.”

Veronica Selden and Putz report that pocket gophers don’t just eat roots that happen to grow in the paths of new tunnels they excavate. Instead, they provide conditions that favor root growth, by spreading their own waste as fertilizer. As a result, the authors argue that—by promoting root growth in their tunnels and then harvesting or cropping those roots—southeastern pocket gophers have stumbled upon a food production system that qualifies as farming.

“It really depends on how ‘farming’ is defined,” says Putz. “If farming requires that crops be planted, then gophers don’t qualify. But this seems like a far too narrow definition for anyone with a more horticultural perspective in which crops are carefully managed—such as fruit trees in forests—but not necessarily planted. With this perspective, the origins of agriculture included Mesopotamian annual cereal and pulse crop cultivation as well as maize cultivation in the Americas, but many cultures around the world developed agriculture based on perennial crops, many of which they didn’t plant but did tend.”

Selden and Putz suggest that root cropping may explain why gophers keep and defend such extensive tunnel systems. The tunnels are comparable to rows of crops. If indeed what they’re doing counts as farming, then the gophers are the first non-human mammal known to farm.

“Pocket gophers are great examples of ecosystem engineers that turn over soil thereby aerating it and bringing nutrients back to the surface,” says Putz. “They eat only roots, some of which they grow themselves, and seldom interfere with human activities.”

They note that further study may reveal whether gophers eat fungi and how seasonal variation in the energetic contributions of roots growing into tunnels relates to their activity cycles. It’s not clear yet how their underground activities affect vegetation at the surface.

“Whether or not [pocket gophers] qualify as farmers, root cultivation is worth further investigation,” the researchers write. 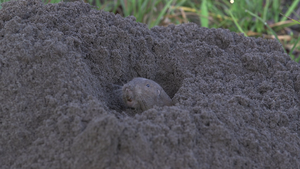 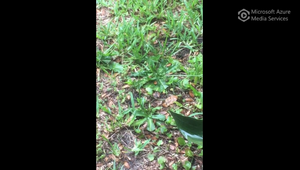