MASON COUNTY, Ill. – When most people are just getting home from their workdays, I’m about to start mine. I am a researcher studying the breeding behavior of the Eastern whip-poor-will (Antrostomus vociferus), a cryptic bird that is primarily active after sunset as it forages on the wing for moths. So – for the summer, at least – I also am nocturnal.

It’s a warm evening in mid-June, and my technicians and I have just arrived at one of our study sites, Sand Prairie-Scrub Oak Nature Preserve. This is one of the few places in Illinois that still support large populations of whip-poor-wills during the summer – despite a rangewide population decline in the species. The preserve is just as unique as the species that are found there – ancient sand dunes lie below a patchwork oak-hickory forest and savanna habitat, where native prairie grasses and wildflowers (as well as an incredible abundance of prickly pear cactus) blanket the ground. Whip-poor-wills place their nests at the intersection of these forest and savanna habitats, so this is where we seek data that we hope will provide insight to why the species is declining.

Whip-poor-wills attend to their nests after their evening foraging bouts, so we begin our nightly nest-searching once darkness settles over the dunes. The term “nest” may be a loose one for whip-poor-wills, as they do not create a typical nest structure, instead opting to lay their eggs directly on the ground. However, their mottled brown plumage blends in perfectly with the carpet of fallen leaves that covers the oak-hickory forests at Sand Prairie-Scrub Oak. Spots of cinnamon, black and white on their feathers mimic the texture and shadows of the forest floor, allowing attending whip-poor-wills and their nests to go undetected. So how is a whip-poor-will researcher supposed to find them?

We adjust our headlamps and begin scanning a forest edge where a nest was found in a previous study year. Our secret weapon for locating nests is the tapetum lucidum, a structure in whip-poor-wills’ eyes that allows them to see their prey in low-light conditions. This structure reflects light back, so we are able to find any nesting whip-poor-will based solely on the soft pink glow that their eyes emit when exposed to a headlamp beam.

As we walk along the forest patch, dodging spider webs and blackberry vines along the way, I spot something out of the corner of my eye: At ground level, under a black oak sapling, I see the eye-shine of a whip-poor-will. There is nothing like the thrill of finding a nest, and we approach the bird with glee – nest predation is common in this species, so we are relieved to find that one has been spared. The whip-poor-will, a female, flushes when we move closer, revealing two white eggs covered in brown and gray speckles. We take GPS coordinates and flag the nest location so we can find it at a later date, then quickly leave the area to let the female resume her position.

Nest monitoring is an important aspect of our research at Sand Prairie-Scrub Oak. Each night, we perform checks of all known nests to record development of eggs and chicks, as well as to determine any instances of predation or failure. Although nests are at risk on the ground, a few lucky broods hatch and reach fledging age – the age at which they are able to make short flights on their own. Although this work can be disheartening at times, observing the nesting behavior of these fascinating birds and the threats they face during this vulnerable period will provide context to the species’ precipitous decline. My hope is that this research will one day aid in conservation efforts for the whip-poor-will and the unique landscapes where they reside.

Editor’s notes:
Sarah Stewart is a graduate researcher in natural resources and environmental sciences and the Illinois Natural History Survey. She is co-advised by Michael Ward and Thomas J. Benson. For her master’s research, she studies the breeding ecology and space use of Eastern whip-poor-wills in central Illinois, in an effort to inform future conservation action for the species. All bird handling and nest monitoring were conducted by trained personnel under appropriate permits.

Subscribe to Behind the Scenes for short blog posts, photos and videos from Illinois faculty, researchers, students and staff about their work and lives. Send an email with “SUBSCRIBE BTS” in the subject line.

Waiting for the sun to set to find a rare bird 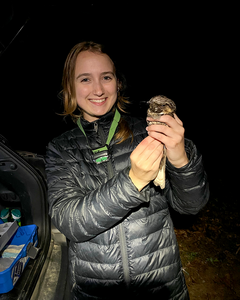 Sarah Stewart in the field 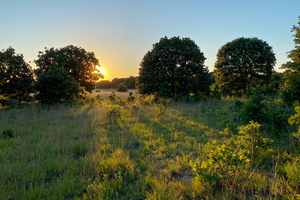 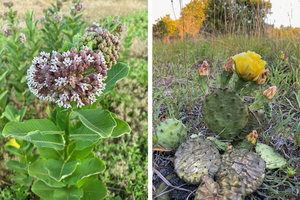 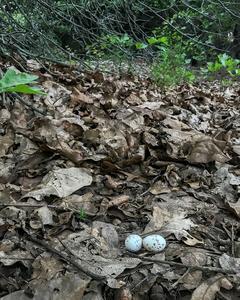 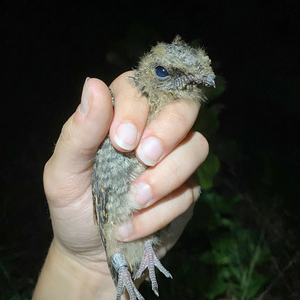 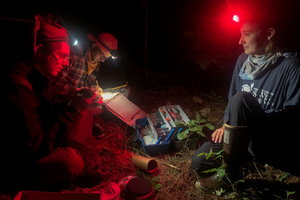