Classic characters like Holly Golightly of “Breakfast at Tiffany’s” and Danny Zuko of “Grease” certainly enhanced the cultural aesthetic of cigarette smoking. But since their time, we’ve learned a lot about the dangers of smoking and the importance of quitting. And while we may never know if these characters would have tried to quit, had they existed in real life, we do know that Danny Zuko would have been more likely to succeed than Holly Golightly.

Despite knowing the detrimental side effects of cigarettes, smoking remains the leading cause of preventable death in the United States. And while men and women are equally likely to attempt to quit, women are more likely to relapse. A paper recently published in Nicotine & Tobacco Research aimed to address this discrepancy, and the results point to a potential contributing cause: progesterone levels.

Progesterone is a steroid hormone, or chemical messenger, found in the bodies of both men and women, but it is present at higher levels in women and is released in the second half of the menstrual cycle. Medical University of South Carolina (MUSC) researchers Nathaniel Baker, M.S., and Michael Saladin, Ph.D., have been studying progesterone’s effect on women who are trying to quit for almost eight years. In 2015, they published a paper noting the connection between the hormone and smoking cessation success, and they found that, specifically, the use of a nicotine patch alongside naturally occurring increases in progesterone levels over the course of a week led to a 37% increase in the odds of achieving abstinence.

“What we found in that study,” said Baker, “was that it wasn’t necessarily high progesterone, but it was high and increasing that affected abstinence.”

It was the first paper to identify a connection between rising progesterone levels and abstinence outcomes in women attempting to quit, but it required weekly in-person visits by trial participants to measure their serum hormone levels. Saladin and Baker wanted a more detailed assessment than weekly data collection could give them, and they also wanted to use a method that was more easily accessible to patients. So, they set out to investigate whether hormone levels collected from saliva by participants every day in their own homes could yield equivalent results to the more invasively collected serum.

Saladin said the aim of this study wasn’t to recruit participants who wanted to quit during the trial but to look at their hormone fluctuations, as well as their cigarette smoking fluctuations, and compare those results with what they already knew about serum levels. “What we found was so interesting,” he said. “When a woman’s progesterone level was increasing from a low level, she smoked fewer cigarettes per day without even knowing it or trying to. But that effect on smoking behavior eventually levels off. When progesterone peaks in a woman’s cycle, it’s very high. The benefits plateau.” He noted that the biggest finding is that quitting success comes from the low to high increase, which can help with timing a woman’s cessation attempt with her hormone cycle.

Baker conducted the statistical modeling for the study, and by using the data they collected for the 2015 paper and combining it with the results of this study, as well as some well-known results for tracking ovulation, they found that serum and saliva showed similar levels of progesterone throughout the month. “We found that the salivary data followed a very similar pattern to the serum data,” he said. “It was just a little noisier, but clinically it’s very exciting.”

And by pinpointing which hormones affect smoking addiction and how, Saladin said women might have an easier time quitting. “If we can time a quit attempt around a period where women are less likely to suffer increased withdrawal and craving and more likely to achieve abstinence, for instance,” Baker said, “I think that medical utility is incredibly important.” Timing peak nicotine withdrawal to occur during a particular five to seven days of a woman’s monthly hormone cycle could aid in her success.

While Saladin and Baker’s research centers on women who are not on oral contraceptives, they agree there is an avenue for research to look at the effect of those medications of smoking cessation. The intention of oral contraception is to alter the monthly hormone cycle, so it adds a level of complexity when examining hormonal changes in this context.

Another avenue of research could include the use of exogenous progesterone to help both men and women to quit. By giving a dose of progesterone at the time of quitting, Saladin and Baker hypothesize greater abstinence success for both sexes. The results of this research could also potentially be applied to other substance misuse, like cocaine or marijuana, in the future.

Baker said this field of research has made great strides in the last decade, and he is interested to see where it goes next. “Progesterone’s effect on reducing withdrawal, as well as craving and even reducing cigarettes smoked per day, is valuable to patients trying to quit,” he explained. “And by using a less invasive approach, we improve patient engagement and reduce patient burden. And that helps everyone involved.”

Founded in 1824 in Charleston, MUSC is the state’s only comprehensive academic health system, with a unique mission to preserve and optimize human life in South Carolina through education, research and patient care. Each year, MUSC educates more than 3,000 students in six colleges – Dental Medicine, Graduate Studies, Health Professions, Medicine, Nursing and Pharmacy – and trains more than 850 residents and fellows in its health system. MUSC brought in more than $327.6 million in research funds in fiscal year 2021, leading the state overall in research funding. MUSC also leads the state in federal and National Institutes of Health funding, with more than $220 million. For information on academic programs, visit musc.edu. 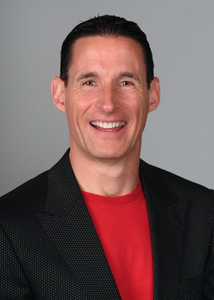