For her work showing that restoring lost bacterial cues in the gut can stimulate development of insulin producing cells, potentially protecting against the autoimmune destruction associated with Type 1 Diabetes (T1D), Dr. Jennifer Hampton Hill is the winner of this year’s NOSTER & Science Microbiome Prize.

“When we started this work, virtually nothing was known about the role of the microbiota in Type 1 Diabetes,” said Hill. While it had been established that individuals with T1D have reduced microbiota diversity – suggesting they’d lost, or were never colonized with, specific bacteria that played important disease protection roles – her work goes a step farther, showing a particular bacterial protein found in rodent and human gut microbes can help restore insulin production.

“If we can continue to learn more about the mechanisms driving specific effects of the microbiota,” she said, “I think we can … hopefully use that knowledge to treat many autoimmune diseases.”

The NOSTER & Science Microbiome Prize awarded to Hill for her diabetes-focused work aims to reward innovative research from young investigators working on the functional attributes of the microbiota of any organism that has potential to contribute to our understanding of human or veterinary health and disease, or to guide therapeutic interventions.

“Submissions for the 2022 NOSTER/Science Prize have been outstanding,” said Caroline Ash, senior editor at Science. “It is a great privilege to be given a glimpse of the fascinating, sophisticated and important research that today’s generation of scientists is contributing to understanding the interactions of the microbiota with their hosts.”

One-hundred years ago, Frederick Banting and Charles Best transformed the prognosis of Type 1 Diabetes through the discovery of the hormone insulin. But while scientists have made great progress in understanding diabetes, now known to be an autoimmune disease characterized by the destruction of insulin-producing beta-cells of the pancreas, no cure exists.

Treatment approaches for T1D focus on either restoring endogenous insulin or tempering autoimmunity. While there have been notable advances related to the former approach – restoring insulin – the field hasn’t yet had much luck stimulating endogenous insulin renewal. One reason for this is the inconsistency in beta-cell physiology between rodents and humans.

“While mice and rats have a great deal of similarity with us, there are also important differences,” Hill said. “These differences often become apparent when researchers test whether an exciting finding from a mouse islet translates to a human islet.”

Hill explained that many in the field have found that human beta-cells are repeatedly recalcitrant to signals that robustly stimulated rodent cells. But she and colleagues identified a pathway to restoring insulin that stimulates rodent cells and holds promise for human beta-cells.

Hill and colleagues had hypothesized that because animals evolved in a microbial world, it is plausible that they used microbial cues to gather information about the environment, such as local nutrient availability, and set their metabolisms to match. They set out to investigate whether animals tune the number of cells producing insulin by incorporating information from their resident microbiomes.

To test this idea, Hill and her team used the zebrafish model to study development of pancreatic beta-cells with or without the microbiota. When comparing larvae grown in environments without microbes to their conventionally reared, microbe-carrying counterparts, they found that latter larvae had significantly more beta-cells than the microbe-free ones.

“We systematically added back individual zebrafish gut bacteria and their secreted products until we identified a single protein that was sufficient to restore GF beta-cell mass,” said Hill. She and her teammates named this previously unknown protein beta-cell expansion factor A (BefA).

To test whether BefA elicited similar responses in mammalian species, they analysed beta-cell development in microbe-free mouse models.  Adding purified BefA was enough to increase developing beta-cell mass in these animals, they showed.

“Because our discovery of BefA is highly conserved [across vertebrates]” said Hill, “we’re optimistic about the potential of our discovery to overcome [existing] translational hurdles.”

Why BefA evolved as a microbial product remains a question, she noted.

“We know BefA can bind to and disrupt cell membranes, which is a hallmark of an anti-microbial proteins (AMP), and bacteria tend to utilize AMPs as tiny weapons against other microbes…But we still don’t fully understand the advantages that BefA production provides in the context of a complex microbial community,” said Hill. “These are important questions to think about because if we can understand the circumstances that lead bacteria to produce BefA, we might be able to use that knowledge to boost natural BefA production in hosts more susceptible to disease.”

Knowing BefA’s mechanism for impacting beta cells could pave the way to researchers restoring or increasing beta cell production, said Hill, though she noted her own work has been focused on developing cells – and there are important differences between beta-cells from infants versus mature adults.

“We are currently working on experiments to evaluate the effects of BefA later in life, and on mature beta-cells,” said Hill. “If BefA can promote the turnover or regeneration of mature adult beta-cells, it would be promising as a potential beta-cell replacement therapy.”

The hygiene hypothesis that is often discussed today posits that certain diseases we are seeing more frequently, such as T1D, are the result of changing societal practices that have reduced microbial exposures and decreased microbiome diversity. Hill and her team suggest in their essay that fortification of these microbial activities in children who carry risk alleles for T1D could be a strategy to prevent or delay disease.

Hill was initially drawn to microbiology research through an inspiring undergraduate professor, Patty Siering, at Humboldt State University in California. “Working in her lab really revealed to me how much potential is hidden in the unexplored space of bacterial genomes.”

Post-undergraduate, Hill completed a fellowship at the University of California San Francisco in Didier Stainier’s lab working on zebrafish beta-cell regeneration, creating the unique path of research that would lead to her prize-winning research.

“[W]hen I started my dissertation in Karen Guillemin’s lab at Oregon, who was an emergent leader in studying microbiota effects during development, it was sort of fortuitous to marry the only previous research experiences I’d had in microbiology and beta-cell development. And to our surprise, it was an idea with real legs!” Hill said.

Hill reflected on the significance of winning this prize in her research area. “There is amazing and fascinating work being done all across the microbiome field,” she said, “and to be selected from it is a huge honor. I’m elated to be recognized, especially as a young scientist trying to establish my own niche. My work has been supported by remarkable mentors and colleagues, and it certainly wouldn’t be possible without them. I’m incredibly grateful. It’s a very exciting time to be studying the microbiota, and this award helps to draw attention to the innovation that this field has to offer.”

“Controlling the microbiome is expected to contribute to the prevention and treatment of many chronic diseases,” said Kohey Kitao, CEO of Noster Inc. “I truly hope that the prize will motivate young scientists to passionately pursue their research to develop microbiome-based therapeutic drugs for the benefit of human health and that world’s children who will be the architects of the future of our Earth will be inspired by the wonders of scientific discovery.”

Apollo Stacy is a finalist for his essay “Host-derived metabolite trains the microbiota to develop colonization resistance,” which focused on analyzing the gut microbiota of previously infected mice, discovering that transient infection can enhance colonization resistance, and found that microbiota can be “trained” by infection-induced host metabolites. Stacy received his undergraduate degree from Washington University in St. Louis, PhD from The University of Texas at Austin, and is currently a postdoctoral fellow at the National Institutes of Health, starting his laboratory at the Cleveland Clinic Lerner Research Institute in 2022. His research investigates how host-derived metabolites shape ecological balance and thus host susceptibility to inflammatory disease.

Irina Leonardi is a finalist for her essay “Mycobiota modulate immunity and behavior,” which focused on fungal communities as an integral part of gut microbiota and worked to demonstrate that mucosa-associated fungi are associated with host-protective immunity. Leonardi received undergraduate degrees from ETH Zürich and a PhD from the University of Zürich. She performed her postdoctoral work at Weill Cornell Medicine. Her research investigated the cellular mechanisms of fungal recognition in the gut and the local and systemic consequences of intestinal fungal colonization. She is currently the Scientific Communications Lead at Immunai in New York.

From bugs to beta-cells 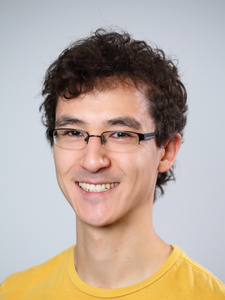 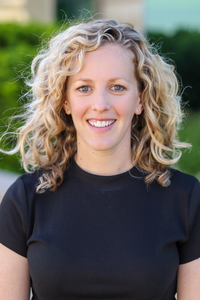