The latest NTU satellite, named SCOOB-I, is the first of the new Student Satellite Series (S3-I) to be launched, which aims to provide real-world learning opportunities for engineering undergraduates.

As the 10th NTU spacecraft to orbit Earth, this nano-satellite measuring 35cm x 10cm x 10cm packs several NTU innovations that have not been tested in space before.

They include a solar spectral sensor that can measure the sun’s energy in various spectra of light; a small Earth imaging camera that can take photos of the Earth’s surface at 25 to 30 metres in resolution; an attitude determination system and a new solar panel developed in-house at NTU’s Satellite Research Centre (SaRC).

Professor Louis Phee, NTU Vice President for Innovation and Entrepreneurship and Dean, College of Engineering, said that having hands-on experience in building real satellites will be invaluable in nurturing talents for Singapore’s emerging space industry.

“Not many people in Singapore can claim to have built a spacecraft and to have it successfully launched into space. Satellite engineering is an interdisciplinary science and engineering field which requires large teams to collaborate in order to build mission-critical components, critical for a spacecraft to survive and operate in the harsh environment of space,” explained Prof Phee.

“By having our students go through the same journey as established satellite industry players, they now have a unique learning experience and expertise that gives them a strong edge over other candidates when it comes to a career in the space industry. This is only possible because we have built up a world-class satellite engineering expertise over the last two decades. We are proud to mark our 10th satellite milestone in space, of which seven of them involved students.”

“The launch of SCOOB-I is testament to NTU’s world-class satellite engineering capabilities, as well as the calibre of its students. It also is a good reflection of the talent pool available to the space industry in Singapore, which is growing steadily with more than 50 companies employing over 1,800 professionals today. OSTIn is committed to working with our universities and research institutions to further grow the local space technology talent pool, with a view to bringing our space ecosystem to greater heights,” said Mr David Tan, Executive Director, Office for Space Technology & Industry, Singapore.

NTU at the forefront of Singapore’s satellite industry

The SCOOB-I team is mentored by Assistant Professor Amal Chandran, Director (Space Science & Technology) at SaRC, and is led by PhD student Mr Shanmugasundaram Selvadurai, who is graduating this year.

More than 50 students worked on the satellite as part of their coursework requirement, for example as their Design and Innovation Projects, Final Year Projects, Masters and PhD work.

SCOOB-I, which weighs 3.1 kilogrammes, has two main payloads. The first is the Earth imaging sensor and camera, which is capable of discerning objects on Earth that are 25 to 30 metres in length – about the size of an MRT carriage.

Earth observation cameras are challenging to build, as conventionally they would require a larger satellite to house, like a microsatellite the size of a mini-fridge.

However, with modern day electronics such as those found in mobile phones, it is now possible to build smaller cameras with good resolution, though they need to be tested in space before they can be commercialised.

The second payload – a solar spectrum sensor designed and developed by Asst Prof Chandran – will allow NTU researchers to make observations of the Sun in 18 channels: from Ultra-Violet to Infra-Red.

The findings can be used to calculate the Earth’s Radiation Budget – a concept for understanding the energy received from the Sun and emitted back to space by Earth. If the radiation budget is out of balance, it could cause Earth’s atmosphere to increase or decrease in temperature, thereby affecting the climate, which can have disastrous consequences.

SCOOB-I is also Singapore’s first ‘Heliophysics’ mission which will help scientists to better understand the Sun-Earth connection and its impact on climate.

Another innovation found in the NTU satellite are new solar panels made by a novel low-cost method, which can generate 7 watts and charge the 10Wh lithium-polymer battery on board.

The satellite is designed for a mission life of six months and will be flying at a near equatorial orbit, at 530 km above Earth.

Among the undergraduate students who worked on SCOOB-I is aerospace engineer Mr Tamas Szecsenyi, who spent two years on the structural design, integration and testing of SCOOB-I.

With his hands-on experience, he clinched his dream job earlier this year as a Spacecraft Thermal Engineer at SpeQtral, a local technology firm developing space-based quantum systems for the global delivery of secure encryption keys.

“When I reached out to my first choice of employer, they were very impressed with my work on SCOOB-I. I was offered an internship that was turned into a full-time employment as soon as I finished my course last month. My time at NTU’s Satellite Research Centre has become the most important part of my university experience. Witnessing the launch of the first spacecraft I worked on, just before I graduate, is an absolute honour!” said Mr Szecsenyi.

Another graduate who clinched his job after working on SCOOB-I is Mr Isaac Wong, who is working for Singapore-based space technology start-up Transcelestial as an Embedded Software Engineer, developing a space-ground laser communications payload.

Mr Wong said his journey in space electronics started when he was building things in his free time while in polytechnic, and his time with SaRC over the last two years has taught him how to apply his skills within a large project that involves many different disciplines, helping him to be a better team player.

“One of my main tasks was to iron out any remaining kinks in the software and ensuring it is flight ready. The nature of embedded systems requires me to be very familiar with the entire avionics stack – the key system that controls the flight and operations of the satellite – and my work on SCOOB-I has deepened my understanding of embedded system,” explains Mr Wong, adding that “it feels unreal to be able to send something I worked on to space.”

NTU’s first foray into space began with its inaugural space project in 1999. Since then, the Satellite Research Centre has since designed, built and sent 10 satellites into Earth’s orbit. NTU has also been running Singapore’s first satellite programme for undergraduates and postgraduates since 2009.

For further information see Annex A. 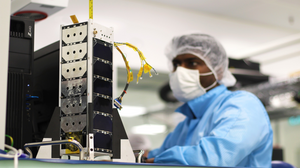 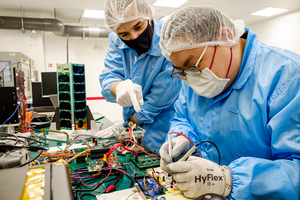 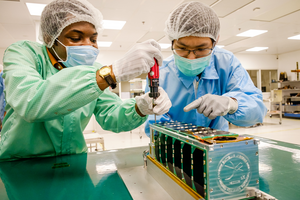 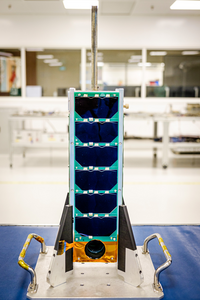