A protein from a heat-loving bacterium allows specific detection of SARS-CoV-2 and other viruses in a one-pot assay based on RT-LAMP technology. This test could simplify point-of-care diagnoses of COVID-19 and other infections.

RT-LAMP tests are similar to PCR tests: they detect tiny amounts of viral genetic material in a sample by amplifying it to detectable amounts. One advantage of an RT-test over PCR tests is that it is performed at a single temperature (55-65 degrees Celsius) instead of repeated cycling through different temperatures. This makes it quicker and easier to use. Its disadvantage, however, is that it is not as accurate as PCR as it can produce false positive results.

The test uses RT-LAMP to amplify the number of target virus RNAs in a sample. TccCas13a then recognizes and cuts it, activating it to also cut special fluorescently tagged RNAs that are added to the mix. This produces a fluorescent signal that can be read by a mobile application also developed by the team.

OPTIMA-dx successfully detected SARS-CoV-2 in patient samples. It was also modified to detect other viruses, such as hepatitis C, or even multiple viruses at the same time. The technology has been patented, a prototype produced and clinically validated, and the team is now transitioning the product into a startup phase with the aim of mass production and commercialization.

“Finding the thermostable TccCas13a enzyme is just the start,” says Mahfouz. “We are now investigating other systems to develop biologically inspired disruptive technologies for healthcare, therapeutics and diagnostics.”

Following further tests and optimizations, the team was able to use TccCas13a to develop a sensitive, robust and rapid one-pot assay called OPTIMA-dx.

“If an additional specificity factor could be coupled with RT-LAMP to distinguish between true and false amplification, it could help to develop powerful diagnostic technologies,” says KAUST Ph.D. student Ahmed Mahas.

Mahas and a team of scientists working in Magdy Mahfouz’s Lab wanted to find a CRISPR-Cas system that could be used with RT-LAMP to specifically detect target genetic material in a one-pot assay without the need for new reagents. Cas proteins are bacteria’s line of defense against invading pathogens and have been used to detect amplified RNA. However, most RNA-targeting Cas13 proteins function at around 37 degrees Celsius, which is incompatible with RT-LAMP. The team wanted to find a Cas13 enzyme that targets viral RNA and is stable at the temperatures used in RT-LAMP tests. 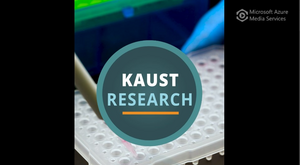 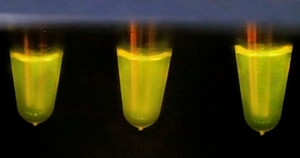