As was highlighted in the foreword to the renowned WWF Greater Mekong Report 2021, written by Prof. Dr. Thomas Ziegler, Curator for Herpetology, Ichthyology, and Invertebrates, at Cologne Zoo (Köln, Germany), there is an urgent need for more studies that identify the gaps in species conservation.

In a new scientific article, published in the open-access peer-reviewed journal Nature Conservation, Ziegler and his team present precisely such an analysis, focusing on the world’s most threatened vertebrate class: the amphibians. The share of amphibian taxa classified as threatened with extinction - 41% - is a clear indicator for the decline in global biodiversity and a warning sign for significant environmental degradation.

The scientists examined the threat status of the Vietnamese amphibians, building on the bachelor thesis of Marie Krzikowski of the University of Cologne, Germany.

They identified 275 amphibian species known from Vietnam, noting that the number is likely to go up. The country is classified as a biodiversity hotspot, and the rate of discovering new amphibian species remains relatively high. Of these 275 species, 95 (35%) species are endemic to the country, with more than half of them reported exclusively from a single locality, which makes them especially vulnerable to extinction. Vietnam’s Central Highlands were revealed as the region with the highest species diversity (130 species), the most regionally endemic species (26 of total 67 regionally endemic species), and the most species classified as threatened by the IUCN Red List (11 species), which highlights it as a site of particular amphibian conservation concern.

In terms of threat status, 50 of the 275 species recorded so far from Vietnam (18%) are classified by the International Union for Conservation of Nature (IUCN) as threatened with extinction. These include 27 endemic species. Most of them are frogs, followed by salamanders, where 60% of the listed species are classified as threatened with extinction.

Alarmingly, 13 endemic species, including two threatened species, have been recorded exclusively from unprotected areas. For two-thirds of Vietnam’s endemic amphibians, there is no conservation data available, as their IUCN Red List status is either missing or outdated.

According to data from the Zoological Information Management System, 29 (11%) of the total 275 species reported to occur in Vietnam are represented in global zoos, including five threatened species, with the highest diversity concentrated in zoos in Europe and North America.

These facts, now compiled in the overview paper by Marie Krzikowski, Truong Q. Nguyen, Cuong T. Pham, Dennis Rödder, Anna Rauhaus, Minh D. Le and Thomas Ziegler, reveal for the first time some obvious gaps in conservation. Importantly, they will provide a directory to authorities, conservationists, rescue centers, and zoos, so that they can follow up with appropriate actions.

In particular, the conservation of microendemic species can only be addressed by organizations, NGOs or partner institutes on site, for example in the form of field work, regulatory support or protected area establishment.

Where species are at risk of disappearing rapidly, for example, species with a very limited distribution range, the establishment of ex-situ programs by local partners in cooperation with international zoos could help, in addition to in-situ conservation measures as part of the IUCN’s One Plan Approach, which combines in-situ and ex-situ efforts and various expertises for the optimum protection of a species.

Scientists identify gaps in the protection of Vietnam’s amphibians 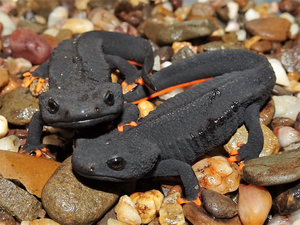 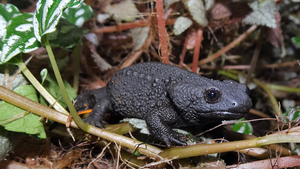 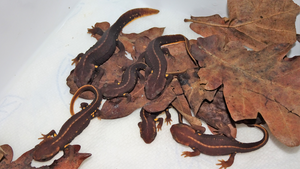