Dr Bridger, a Senior Lecturer in Critical Social Psychology, has just released 'Psychogeography and Psychology: In and Beyond the Discipline', a summation of 20 years of interest in the subject but also a work that has evolved to agitate future ideas for research and writing.

Alex studied for a PhD in the early 2000s but reading ‘The Most Radical Gesture: The Situationist International in a PostModern Age’ by Sadie Plant, a study of the Situationist movement, was a lightbulb moment for him.

“It flipped my head in terms of thinking politically about the world,” he says. “The Situationist International produced a lot of important revolutionary ideas from the late 1950s to the early 1970s. One of the practices that they used to do would be to walk around cities such as Paris and London, documenting and observing the changing form of such urban environments with a view to critiquing the capitalist order of things. They argued for a revolution of everyday life.

“I thought it was interesting how they documented what they experienced both politically and reflectively, walking through different places and spaces and trying to make sense of and critique capitalism, urban spaces and places.”

Reading Plant’s book coincided with the aftermath of the events of September 11 2001, prompting Alex to consider how to analyse the words, images and video footage of the events of that day and their impact.

“I was very interested in the repetitive images of the planes going into the buildings. How could I analyse that as a text, and could it be understood politically and critically?” he asks.

“I then looked at further media representations of 9/11 and the aftermath and then how the events were remembered one year and five years after the attacks. My original doctorate was focused quite broadly on the study of how political rhetoric can be represented via different mediums and I was initially going to analyse political speeches, songs, art and poetry. I was interested in constructions of language, power and truth claims and how such language can be represented in a variety of different ways from talk and text to images, place and sound.

“My introduction point for the PhD was to interpret and deconstruct the words and images used to represent the events of September 11 and the aftermath. I was particularly interested in how the UK mass media reported the events and how politicians and world leaders accounted for what had happened.

“There was a lot of discussion in the media and by world leaders after 9/11 about ‘hunting down and punishing the terrorists’, that ‘freedom and fear were at war’ and references to the ‘axis of evil’. I was concerned with the naturalised use of language to discuss the threat and how groups of people were positioned into binary categories of ‘us’ versus ‘them’.

“A year and a half into the PhD, I wanted to conceptualise how to investigate the physical space of Ground Zero, and how to go about doing that from my position as a researcher with my background in research methods and as a critical psychologist. There wasn’t much work in psychology with a specific ‘spatial’ focus, so I turned to some of the work from the situationists on psychogeography and then conceptualised a walking-based methodology to explore Ground Zero.

“The Situationist practice of psychogeography led me to draw on aspects of that work to inform my own project at Manchester’s Arndale Shopping Centre, which was the target of an IRA bomb in 1996. Parts of the Arndale Centre were wrecked by the bomb, but the red post box survived unscathed from the attacks.

Alex adds. “I had to think about how to present the Arndale Centre and Ground Zero psychogeography projects in an academically suitable way but that would also advance walking-based methods in and beyond psychology.”

He admits that his book has become something quite different to his original idea, emerging into a very different world compared to the one from when he began to write it.

“In the book, there is also a short play which is broadly based on JG Ballard’s book ‘Concrete Island ’, but which moves beyond the original story in terms of rewriting the story as a ‘post’ situationist analysis of the current consumer capitalist order of things. The play is meant to be not only political and critical but also entertaining and humorous, as was the case with much of the work produced by the situationists.

“The book was going originally going to be based mainly on my PhD work but during the process of writing it, I decided to include new content and research that I was working on whilst working on the book which included writings on wargaming, playwriting and group-based projects in and around Huddersfield and local areas.

“I’d add that now I consider psychogeography to be much more than based on walking methods but rather that it is a way of seeing the world. It can be of value not only to students and researchers in psychology, but also in many subjects such as geography, architecture, art and design as well as activists, other artists and the general public.” 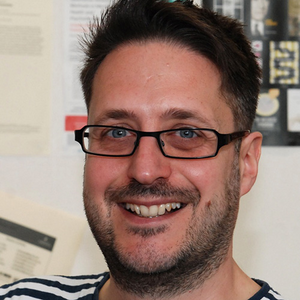