BLOOMINGTON, Ind. -- The legalization of marijuana in several states brings with it the greater possibility that younger populations will use marijuana. Indiana University researchers are specifically focused on studying cannabis use in adolescents ages 12 to 14, as use during this critical period of brain development could impair working memory and increase the risk of psychosis later in life.

Neuroscientists in the IU Gill Center for Biomolecular Science recently received more than $2 million from the NIH's National Institute on Drug Abuse to use mice to better understand the impact of cannabis use during adolescence, with a goal of developing therapies to treat adverse effects in humans.

"This is a significant public health concern," said Hui-Chen Lu, director of the Gill Center and a professor in the IU College of Arts and Sciences' Department of Psychological and Brain Sciences. "Today's cannabis strains are being bred for increased THC content. It's very different and much riskier than the more traditional strains used in the past. There's an urgent need to understand the effects of these new strains."

Ken Mackie, a Jack and Linda Gill Chair of the Gill Center and a professor in the Department of Psychological and Brain Sciences, said studies indicate that heavy use of cannabis with high THC -- particularly cannabis use that begins between ages 12 and 14 -- increases the risk of schizophrenia and other psychotic disorders from two- to five-fold.

"One of the functions of the prefrontal cortex is working memory, as well as processes like planning and impulse control," Mackie said. "That part of the brain is still developing in adolescence, and developing brain structures are particularly vulnerable to environmental impacts, such as drug use or stress."

In states where marijuana is legal, many dispensaries sell edible products such as chocolate and cookies, which are very attractive to young people, Lu said.

Lu and Mackie have developed a new method to use mice to better understand the effects of cannabis use during adolescence. The researchers have chosen to work with mice with diverse genetic backgrounds to mimic human diversity. Unlike in past studies, they'll also be using both male and female mice to see if there are sex-dependent differences in THC effects. They will be studying the underlying molecular changes that account for behavior changes, like working memory deficits.

"If there are sex-dependent changes, we need to know what those are," Lu said. "For example, working memory originates in the brain's prefrontal cortex, which develops a lot later, especially in boys. That could be why boys are more susceptible to THC exposure and more likely to suffer negative effects."

Lu and Mackie will also be studying CBD because the consumption of marijuana may involve a mix of CBD and THC, and earlier work from IU Bloomington suggests that CBD might protect from THC's negative effects. As plants are bred to increase THC, CBD levels in the plant decline. The researchers will explore whether CBD has any harmful effects on its own and how it protects the developing brain from the adverse consequences of adolescent THC exposure.

"Our brain is not wired precisely from the beginning," Lu said. "To properly develop, it needs to combine inputs from our environment, our experiences and our interactions with others. In particular, a properly configured prefrontal cortex is very important for goal-directed behavior and social interactions.

"If cannabis disrupts prefrontal cortex development during this critical period, the impact can be huge and long lasting. To help these individuals, we need to figure out which therapies will work best based on our understanding of what happens in the brains of young adolescents using cannabis." 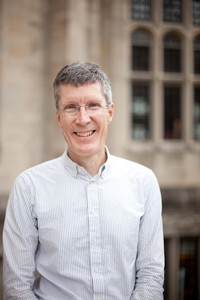