Oak Ridge National Laboratory researchers demonstrated that an electrochemical sensor paired with a transmitter not only detects propane leaks within seconds, but it can also send a signal to alert emergency services.

Propane is an alternative refrigerant that has low global warming potential. However, because of its flammability risk, it is not widely used commercially in the United States. To mitigate concerns, researchers attached a transmitter to an off-the-shelf sensor and developed a computer program that monitors the signal, self-checking every few seconds.

“This sensor can work with any vending machine or commercial refrigerator,” said ORNL’s Moonis Ally. “It detects leaks almost immediately, even when propane concentration is less than 5% of the lower flammability limit, or 0.1% propane in air.”

Additionally, because the warning signal is sent through a phone line, satellite or internet connection, it also works in remote locations. Future work includes collaborating with industry for further testing.

“We want to know whether we can shift the system enough to increase the amount of carbon that can be sequestered by plants,” said ORNL’s Natalie Griffiths.

As part of their analysis of phytoliths in poplar trees, scientists not only identified the gene conferring silicon accumulation, but also linked it to the stimulation of cellulose biosynthesis — a key process in creating biofuels, said ORNL’s Madhavi Martin.

Although more than 92,000 dams populate the country, the vast majority — about 89,000 — do not generate electricity through hydropower.

Researchers at Oak Ridge National Laboratory are assessing the viability of retrofitting some of these non-powered dams, which may add up to 12 gigawatts of additional electricity to the power grid — enough to power 9 million homes or every home in Tennessee, Alabama and Georgia.

In a new report released by the U.S. Department of Energy, ORNL identifies key development challenges, including aging infrastructure, dam design limitations, costs, timelines and environmental considerations. The goal is to accelerate design approaches and innovations that increase energy from hydropower while ensuring environmental compatibility and economic feasibility. 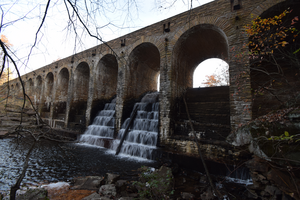