The reaction of narwhals to the loud noise from seismic air guns used in oil exploration involves a disruption of the normal physiological response to intense exercise as the animals try to escape the noise. The overall effect is a large increase in the energetic cost of diving while a paradoxically reduced heart rate alters the circulation of blood and oxygen.

“They’re swimming as hard as they can to get away, and yet their heart rate is not increasing—we think because of a fear response. This affects how much blood and oxygen can circulate, and that’s going to be problematic,” said Terrie Williams, a professor of ecology and evolutionary biology at UC Santa Cruz who led the new study.

Published July 8 in the Journal of Functional Ecology, the study provides the first look at the impact of seismic noise on the physiological responses of a deep-diving cetacean. According to Williams, the combination of extremely low heart rates, increased heart rate variability, and high-intensity exercise during deep dives presents a significant physiological challenge for narwhals, especially if the disruptions are prolonged as would be likely during extended oil exploration activities.

Narwhals live year-round in high Arctic waters where sea ice has helped isolate them from disturbance by humans for millions of years. But declines in polar sea ice are making the region more accessible to shipping, natural resource exploration, and other human activities.

In a previous study, Williams and her coauthors showed that narwhals released after entanglement in nets set by indigenous hunters showed a similar physiological response, with extremely low heart rates during intense exercise in a series of escape dives. The difference between a capture event and noise, Williams said, is the potential duration of the disturbance.

“When they escape from the nets, their heart rate comes back up to a more normal rate within three or four dives, but with the seismic ship moving through and the sound bouncing around, the escape response occurred over a longer period,” she said.

The researchers recorded not only extremely low heart rates during noise exposure, but also increased variability, with heart rates switching rapidly between extremely low rates associated with fear and fast rates associated with intense exercise. Reduced heart rate, or bradycardia, is a normal part of the mammalian dive response, but during normal dives the heart rate still increases with exercise. In addition, narwhals and other deep-diving marine mammals usually save energy by gliding rather than actively swimming as they descend to depth.

During noise exposure, the narwhals performed 80% less gliding during diving descents, their swimming strokes exceeded 40 strokes per minute, their heart rates dropped below 10 beats per minute, and their breathing at the surface was 1.5 times faster. Overall, this unusual reaction is very costly in terms of energy consumption, Williams said.

“Not only is the reaction costly in terms of the energy needed for diving, the escape time will also take away from time spent foraging for food and other normal behaviors,” she said.

The studies were conducted in Scoresby Sound on the east coast of Greenland, where coauthor Mads Peter Heide-Jørgensen, a research professor at the Greenland Institute of Natural Resources, has been studying the East Greenland narwhal population for more than a decade.

Williams's group at UC Santa Cruz developed instruments that enable researchers to monitor the exercise physiology of marine mammals during dives. The instruments were attached to narwhals with suction cups and fell off after one to three days, floating to the surface where they could be recovered by the scientists.

Over the past two decades, noise from human activities such as military sonar has been linked to mass strandings of deep-diving cetaceans, mostly beaked whales. These deep-diving species are extremely difficult to study, and it was only through a partnership with indigenous hunters that Williams and Heide-Jørgensen’s teams were able to attach monitoring devices to narwhals.

“Most of the potential impacts on the animals take place underwater, so it’s really difficult to study,” Williams said. “We are fortunate to have this technology to show what’s happening at depth where these animals live in order to understand how their biology may be disrupted."

In addition to Williams and Heide-Jørgensen, the coauthors of the paper include Susan Blackwell at Greeneridge Sciences, Outi Tervo and Eva Garde at the Greenland Institute of Natural Resources, Mikkel-Holger Sinding at University of Copenhagen, and Beau Richter at UC Santa Cruz. This work was supported by the U.S. Office of Naval Research, Greenland Institute of Natural Resources, the Environmental Agency for Mineral Resource Activities of the Government of Greenland, the Danish Ministry of Environment, and the Carlsberg Foundation.

Physiological responses of narwhals to anthropogenic noise: A case study with seismic 5 airguns and vessel traffic in the Arctic

No conflicts of interest are noted for the authors of this manuscript. 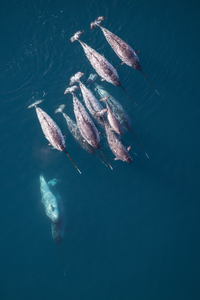 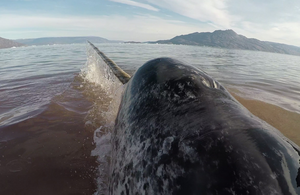 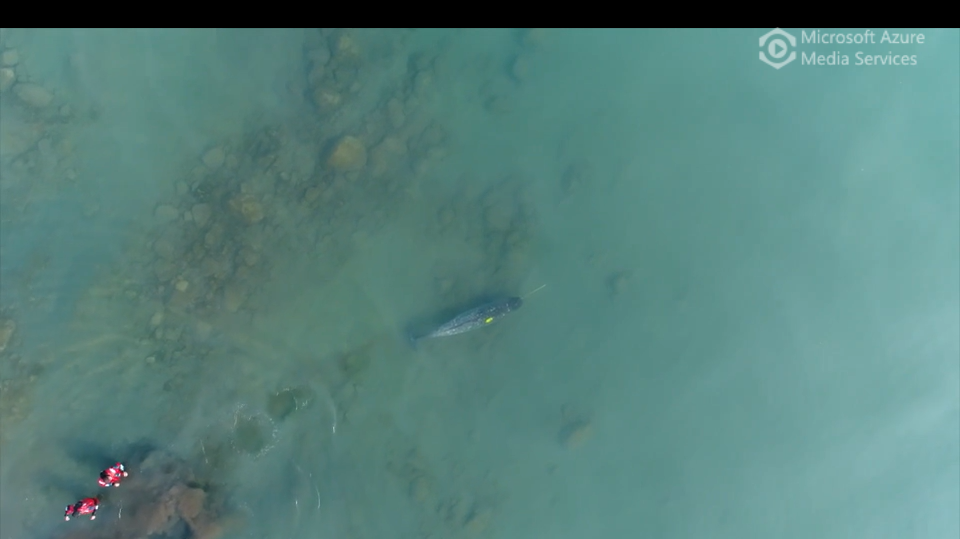