This work was published on Molecular Cancer.

In this research, the circRNA-circVAPA, which was derived from exons 2-4 of the vesicle-associated membrane protein-associated protein A (VAPA) gene, exhibited higher expression levels in SCLC than the controls.

"We found that CircVAPA exerted a cancer-promoting effect on small cell lung cancer by modulating the miR-377-3p and miR-494-3p/IGF1R/AKT axis," said Prof.Lin. "this  expanded our knowledge about circRNAs in SCLC." 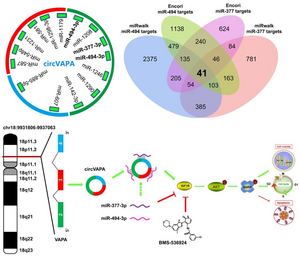