Nonlinear optics plays an important role in modern optics and laser technology. Nonlinear optical (NLO) technology is an important means to extend the wavelength of laser. NLO crystals are basic materials for realizing NLO technology. In the deep-ultraviolet (DUV) spectral region with wavelengths shorter than 200 nm, NLO crystals are the core devices for realizing high-power DUV laser output. The resulting DUV all-solid-state laser has important applications in cutting-edge technological fields such as medical, micromachining, lithography, photochemistry, spectroscopy, and microscopy. To date, KBe2BO3F2 (KBBF) crystal is the only DUV NLO crystal, providing a powerful tool to explore the material world. However, due to its layered habit, the growth of large-scale single KBBF crystals faces difficulties. In addition, the development of DUV science requires DUV NLO crystals with shorter output wavelengths and stronger NLO effects to meet the needs of higher precision and higher power lasers. Therefore, it is of great significance to continue to explore DUV NLO crystals to either replace KBBF in crystal growth abilities, or to surpass KBBF in NLO properties.

In a new paper published in Light Science & Application, Lei Kang and Zheshuai Lin from Technical Institute of Physics and Chemistry, Chinese Academy of Sciences, China have clarified the key performance criteria and core conceptual basis of DUV NLO crystals by reviewing current experimental and theoretical progress. They also discussed the development of DUV NLO “structure-property correlations” based on first-principles methods and how it has sparked interest in related materials, as well as future exploration directions in the field of DUV NLO crystals.

The key performance criteria include second-harmonic generation (SHG) effect dij, effective SHG coefficient deff, UV transparent cut-off wavelength λUV and phase-matchable (PM) cut-off wavelength λPM. In the past two decades, although a large number of compounds have been synthesized and characterized, there are very few truly “promising” DUV NLO crystals. To achieve the “promising” criteria, we must grasp the two core concepts of “phase matching” and “effective SHG”. According to the “peeling onion” screening process shown in Figure 1, through the layer-by-layer screening of key performance criteria and the gradual introduction of core concepts, the theoretical performance of DUV NLO crystals can be effectively evaluated.

Numerous NLO materials are just transparent in the DUV region, but they cannot achieve effective DUV PM output; they are essentially “pseudo” DUV NLO crystals. A few crystals appear to meet the DUV NLO performance criteria, but their actual DUV coherent conversion capabilities are insufficient especially for SHG; they basically belong to “possible” DUV NLO crystals. Currently, only crystals capable of achieving effective DUV PM output with sufficient SHG conversion efficiency are called “promising” DUV NLO crystals. It should be emphasized that the materials exploration of DUV NLO crystals must rely on these strict concepts and self-consistent criteria. Without meeting the concepts, it is not strictly a DUV NLO crystal; without meeting the criteria, it cannot achieve a truly efficient DUV coherent output.

Prior to 2013, no materials were discovered that might exceed the DUV NLO properties of KBBF. It is a great challenge to continue to improve DUV NLO performance beyond KBBF. To address this challenge, several design strategies have been proposed to promote the performance improvement of DUV NLO crystals. By combining advanced first-principles modeling and simulations, a series of potential DUV PM SHG crystals were evaluated, designed, and predicted, some of which have been partially verified experimentally.

In short, the proposed first-principles approach can not only characterize the properties of DUV NLO crystals, but also elucidate the “structure-property correlation” laws, which provide insights for performance improvement and materials design. Although the first-principles calculations can provide an important reference for DUV NLO evaluations, the final performance determinations also require rigorous optical characterization of large-sized crystals rather than relying solely on theoretical results. High-quality large-sized single crystals are the fundamental and ultimate destination of NLO crystals. Reasonable performance evaluation is a crucial step for NLO crystals before large-sized crystal growth. Only by recognizing the theoretical applicability can the theoretical predictability be maximized. Using the first-principles methods in the design and prediction of DUV NLO crystals, the underlying “structure-property correlations” are proposed for current and future DUV NLO materials exploration, especially when exploration faces bottlenecks. This review provides an important reference for the evaluation of DUV NLO performance, and would have a positive impact on conceptual clarification and materials exploration in the field of DUV NLO crystals. 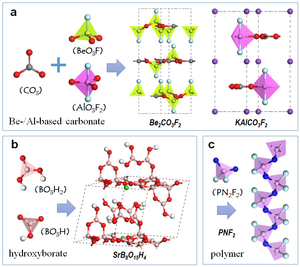 Figure 3 | Extending of the anionic groups.