Researchers from the University of Turku have described seven new fern species from the rainforests of tropical America. Many of the species were uncovered as the by-product of ecological research: the species diversity in tropical forests is still so poorly known that field trips and herbarium work keep discovering previously unknown species.

Researchers from the Amazon research team of the University of Turku have a long history of discovering species previously unknown to science. Now they have described seven new species of tropical ferns – six of the genus Danaea and one of the genus Dennstaedtia.

“The described species are no tiny or unnoticeable creatures. They range from 20cm to 2m tall, and some of them are very common locally,” says Doctoral Researcher Janina Keskiniva.

Among the six Danaea species described by the researchers, one attracted Professor Hanna Tuomisto’s attention already in 1998 by forming dense stands that extended for kilometres on end in a poorly known area of Colombian Amazonian lowland forest, where Tuomisto was then doing field work for some months.

“Because there are few people in the area and the forests are largely intact, the new species seems to be doing well.  In contrast, another one of the new species is already threatened by extinction due to advancing deforestation in the Colombian coastal rainforests,” says Tuomisto.

The species richness of tropical rainforests is still poorly known. According to the researchers, every field trip to a new area has a high chance of finding something new.

“Understanding how to identify the different species and where each of them grows is important for ecological and other research. Information is also needed for setting conservation priorities, as on the long term, the survival of species depends on the conservation of their natural habitats. To prevent biodiversity loss, it is important to protect areas that have special habitats and unique species”, says Tuomisto.

When the researchers collect plant specimens and store them in herbaria, they often assume that the specimens represent one of the already known species. Proper comparison of the specimens may reveal that there are new species hiding in plain sight in the already existing collections.

“Most of the specimens we used to describe the new Danaea species were collected decades ago, some already in the 1800's. For all these years, the specimens have been curated in different herbaria. Now we could combine all that accumulated information from the herbaria with fresh insights from field studies made by us and our colleagues,” says Keskiniva.

The fern specimen that triggered describing the new Dennstaedtia species was collected 15 years ago by Gabriela Zuquim, a researcher at the University of Turku

"I was taking pictures in the forest to produce a field guide of ferns. It was already getting dark, so I was heading back to the camp when I saw an unfamiliar fern. I had not seen anything like it before, so I made an extra effort and collected it,” recalls Zuquim.

Now she has described the species as new to science together with the Brazilian researchers Túlio Pena and Pedro Schawrtsburd, who are sorting out the species limits and species names in this fern genus.

“The place where I collected this species has very different soils than most central Amazonian forests, so I am sure many more discoveries can be made there,” Zuquim adds.

Different soil conditions create a mosaic of habitats in Amazonia, which has a big impact on how species establish and evolve.

"Our long-term goal has been to understand more about the biodiversity of Amazonian rainforests. We are especially interested in what factors determine which species grow where and why, and what are the drivers behind the evolution of new species. In the beginning, I was not interested in describing new species, but I soon realised that it is impossible to communicate about ecology and evolution if the species we are studying have no names," says Tuomisto.

Amazonia is the world’s largest tropical forest area and it contains a big part of global biodiversity. It also stores enormous amounts of carbon and regulates both regional and global rainfall patterns and temperature. Therefore, conserving Amazonian biodiversity is of crucial importance for planetary well-being.

> The official scientific descriptions of the Danaea species have been published in the journal Kew Bulletin.

> The official scientific description of the Dennstaedtia species has been published in the journal Acta Amazonica. 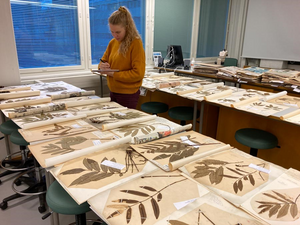 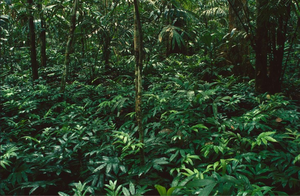