The behaviour and movements of many marine species in the different marine ecosystems is still quite unknown. In the Catalan coasts, which cover great part of the biodiversity of the northwestern Mediterranean, knowing the movement patterns and the abundance of species such as the greater amberjack (Seriola dumerili), the gilt-head bream (Sparus aurata) and rays, is a strategical tool for improving the conservation and protection of the marine ecosystem.

With this aim, the Ministry of Climate Action, Food and Rural Agenda of the Catalan Government has launched, through the University of Barcelona, the Catalan Tracking Network, presented today, Friday, as part of the scientific session on recreational maritime fishing. The Network, coordinated by lecturer Bernat Hereu, from the Faculty of Biology and the Biodiversity Research Institute (IRBio) of the University of Barcelona, will apply new technologies of acoustic telemetry and tracking and recapture techniques —with the support of a citizen science program— for a better scientific knowledge and a more sustainable exploitation of the resources of the marine littoral in Catalonia.

Citizen science and participation to protect the marine life

The team part of the Network will apply acoustic techniques that will be helpful for a better knowledge of the movement of some species —sharks, rays, fish, cephalopods, big crustaceans- and the use of the different marine habitats during the life cycle, breeding areas and patterns, and biological connectivity between the different areas, habitats and marine reservoirs of the Catalan coasts.

In an early phase, they will install a basic network of hydrophones on the seabeds, which will cover strategical areas of the Catalan coasts —including harbours and shores, aquaculture facilities and artificial reefs— to detect the passage of the studied species. Using acoustic telemetry, they will be able to conduct the monitoring of individuals of several species over periods of more than five years. The new equipment will join the previously installed receptors by the RESMED project (2019-2021) —cofounded by the European Regional Development Fund (ERDF) and including the participation of UB-IRBio— and the OBSEA observatory (UPC).

Parallelly, the researchers will undergo the tagging of individuals of various species with acoustic transmitters and external marks. Moreover, through the collaboration of recreational and professional fishermen coordinated by the scientific team, they will record the re-capture of the captured marine species. This study includes the participation of the experts David Casals, Joan Lluís Riera and Eneko Aspillaga, from the Department of Evolutionary Biology, Ecology and Environmental Sciences of the UB and IRBio.

A global telemetry network in the marine environment

The Catalan Tracing Network —an initiative by the Marine Biodiversity Conservation Group (MedRecover) —is a collaboration project with a special interest in citizen science. It is open to the participation of administrations, associations, companies, diving centres, national and international institutions involved in the conservation of marine biodiversity. There is more information available on the fundraising campaign for this initiative in the website UB Sponsors.

“The results of the project have a direct involvement in the management of natural resources and the conservation of the ecosystems. This is why the task of knowledge transfer is decisive for both the institutions in charge of the management of the marine environment and the several territory agents”, notes Bernat Hereu.

“Finally, the Catalan Tracing Network will enable the consolidation of a submarine infrastructure of acoustic receptors that can be exploited in the future in the framework of other projects and initiatives related to the marine environment”, concludes the researcher. 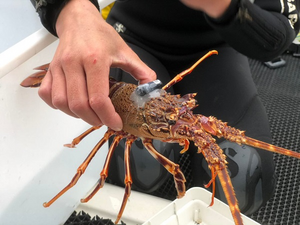 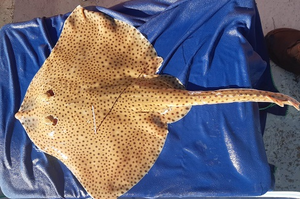 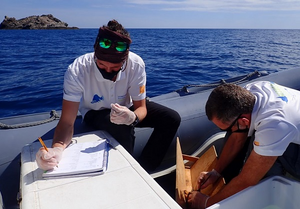