Using UT Southwestern’s Cryo-Electron Microscopy Facility, researchers for the first time have captured images of an autoantibody bound to a nerve cell surface receptor, revealing the physical mechanism behind a neurological autoimmune disease. The findings, published in Cell, could lead to new ways to diagnose and treat autoimmune conditions, the study authors said.

“We’re entering a new era of understanding how autoimmune disease works in the central nervous system,” said Colleen M. Noviello, Ph.D., Assistant Professor of Neuroscience at UTSW who specializes in obtaining cryo-electron microscopy (cryo-EM) images down to an atomic level of resolution. Dr. Noviello co-led the study with Ryan Hibbs, Ph.D., Associate Professor of Neuroscience and Biophysics, an Effie Marie Cain Scholar in Medical Research, and an Investigator in the Peter O’Donnell Jr. Brain Institute and Harald Prüss of Universitätsmedizin Berlin.

Researchers have studied autoimmune diseases – a class of conditions in which the immune system attacks healthy parts of the body – for decades. However, the first autoimmune disease targeting a neuronal receptor protein was discovered just 15 years ago, Dr. Noviello explained. Since then, researchers have reported the existence of a handful of other diseases that fall into this category. These include autoimmune encephalitis, a condition characterized by the sudden onset of severe symptoms including psychosis, seizures, movement disorders, impaired consciousness, and problems with the autonomic nervous system, which controls involuntary bodily functions.

Researchers in Germany recently identified a patient, then 8 years old, whose autoimmune encephalitis appeared to be caused by antibodies that attack the GABAA receptor, a protein that sits on the surface of synapses – specialized structures that connect brain cells. This receptor’s role is to inhibit neuronal firing, balancing the electrical signals prompted by excitatory receptors to maintain healthy signaling between nerve cells.

After confirming that two kinds of antibodies derived from this young patient’s immune cells readily bound to the GABAA receptor, Drs. Noviello, Hibbs, and their colleagues in the Hibbs lab performed cryo-EM – a technique that freezes proteins in place to get high-resolution microscopic images – for each antibody bound to the receptor. UTSW’s cryo-EM facility, opened in 2016 with support from the Cancer Prevention and Research Institute of Texas (CPRIT), provides 3D images of biological molecules up to atomic resolution.

The images show that, both together and separately, the antibodies prevent the GABAA receptor from inhibiting neuronal signaling, causing neurons to become too electrically excited and leading to brain inflammation, cell death, and seizures characteristic of autoimmune encephalitis. Screening for these antibodies could lead to better diagnosis of this condition, said Dr. Noviello; likewise, finding ways to block the interaction between these antibodies and their target could lead to better ways to treat it.

As understanding of autoimmune nervous system diseases is still in its infancy, Dr. Hibbs said that he, Dr. Noviello, and their colleagues plan to make the study of these disorders using cryo-EM a focus of the Hibbs lab’s research into the future. The team is already collaborating with Steven Vernino, M.D., Ph.D., Professor of Neurology, Vice Chair for Education and Faculty Affairs, and Distinguished Teaching Professor; and Nancy Monson, Ph.D., Associate Professor of Neurology and Immunology, to study more autoimmune conditions that affect the central nervous system.

Other UTSW researchers who contributed to this study include Jinfeng Teng.

This study was supported by grants from The Welch Foundation (I-1812), the National Institutes of Health (DA047325), the German Research Foundation (FOR3004, PR 1274/3-1, and PR 1274/5-1), the Helmholtz Association (HIL-A03), and the German Federal Ministry of Education and Research (Connect-Generate 01GM1908D). Single-particle cryo-EM data were collected at UTSW’s Cryo-Electron Microscopy Facility, which is supported by the CPRIT Core Facility Support Award RP170644. 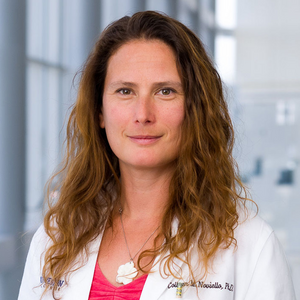 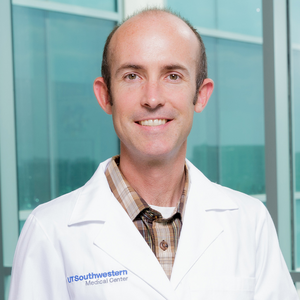