Nearly eight years after the largest tailings spill into a lake ever recorded, impacts of the Mount Polley Mine disaster in central B.C. are still being observed.

While most of the contaminated solids released during the spill on August 4, 2014 settled to the bottom of Quesnel Lake within days, tens of thousands of tonnes of especially small particles remained in suspension months later and are still detectable today.

“When we started taking measurements in August 2014, the deep water offshore of where the tailings flood entered the lake was hundreds of times more turbid than it was before the spill,” says Brody Granger (he/him), a research associate in the department of civil engineering at UBC and lead author of a study published recently in the journal Water Resources Research. “As of late fall 2021, those impacted regions were still one and a half times more turbid than elsewhere in the lake.”

The study found that in the months following the spill, some 30,000 tonnes of suspended tailings solids entered the main basin of Quesnel Lake, upstream of the West Basin where the spill occurred. Based on a mathematical model and field observations of turbidity, the authors estimate that it will take about a decade starting from the time of the spill for the lake to substantially flush out the finest fraction of these tailings solids.

The authors say the massive spill is bound to have long-lasting impacts on water quality in the lake. Dr. Ellen Petticrew, a geography professor at the University of Northern British Columbia, noted that while fine sediment loads have been reducing in the West Basin over the past eight years, the impacts are still being observed in the river outflows, indicating continued mobility of the contaminated mine tailings and sediment. “Each winter since the spill, and again in 2022, concentrations of copper associated with the fine sediment coming from the lake exceeded background levels by an order of magnitude.”

Dr. Petticrew leads the multiyear research project, which includes other scientists from UBC, University of Alberta, University of Lethbridge, and Fisheries and Oceans Canada. The group has continued its research on the environmental impacts of the August 2014 spill, and more recently has shifted some of its focus to impacts of ongoing mine wastewater discharge into Quesnel Lake.

Dr. Petticrew noted that a recent publication from this project by partners in the study found significant copper accumulation in mayfly larvae in Quesnel Lake’s west basin.  These organisms are an important food source to local fish species.

The authors said Mount Polley Mining Corporation ceased its investigation into the fate of suspended tailings solids after two years, leaving many in the community frustrated and uncertain about the spill's impact on Quesnel Lake.

This research was supported by funding from Environment and Climate Change Canada’s Environmental Damages Fund, UBC’s department of civil engineering flood fund, as well as in-kind support of instrumentation from Fisheries and Oceans Canada and Mount Polley Mining Corporation.

Initial Distribution and Interannual Decrease of Suspended Sediment in a Two-Basin Lake Following a Massive Mine Tailings Spill: Quesnel Lake, BC, Canada 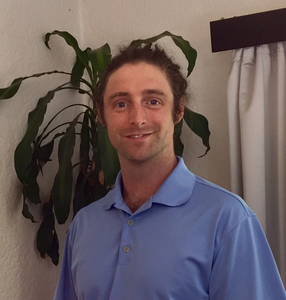