With millions of plant and animal species scattered across every biome on the planet, biodiversity is a complex topic. Experts from all over the world need to communicate across borders to bring the global challenges to biodiversity into focus. How can researchers share their findings to build a common understanding of the risks and opportunities for action?

A new survey published in the Journal Frontiers in Ecology and the Environment and led by Forest Isbell, an associate professor at the University of Minnesota, attempts to fill some of the gaps in understanding by synthesizing the perspectives of thousands of biodiversity experts worldwide. The survey received 3,331 responses from scientists studying biodiversity in 187 countries, covering all major groups of species, habitats and ecosystems.

“This paper includes the perspectives of a very wide range of experts and allows us to assess less known taxa as well as give a voice to underrepresented experts in the global literature. Experts who identify as women and who are from the Global South have provided significantly higher estimates for past biodiversity loss and its impacts.” said co-author Patricia Balvanera at the University of Mexico. “Also, experts who identify as women disproportionately study the taxa that experts estimate are most threatened.”

“Since biodiversity is highly regional in nature, the attempt of our study to bring together the opinions of regional experts from around the world is unprecedented,” said co-author Akira Mori of the University of Tokyo in Japan. “From the perspective of social and cultural diversity and inclusiveness, even if they are not necessarily complete, I believe we have presented certain suggestions for future international policy discussions."

The experts believe that greatly increasing conservation investments and efforts now could remove the threat of extinction for one in three species that may otherwise be threatened or extinct by 2100.

Expert perspectives on global biodiversity loss and its drivers and consequences 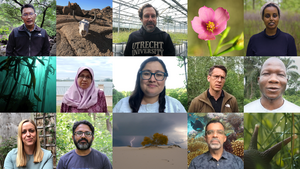