In a pair of related studies, published July 26, 2022 online via First Release in Science, researchers at University of California San Diego, with colleagues on four continents, show that the origin of the COVID-19 pandemic in 2019 was at the Huanan Seafood Wholesale Market in Wuhan, China, and resulted from at least two instances of the SARS-CoV-2 virus jumping from live animal hosts to humans working or shopping there.

The findings, first reported in February after the papers were posted online as preprints awaiting peer review, garnered international attention, primarily focusing on identifying the market as the early epicenter of the COVID-19 pandemic. The World Health Organization estimates that there have been more than 566 million confirmed cases of COVID-19 worldwide and 6.3 million deaths since the pandemic was declared in early 2020.

“It’s vital that we know as much about the origin of COVID-19 as possible because only by understanding how pandemics get started can we hope to prevent them in the future,” said Joel O. Wertheim, PhD, associate professor in the Division of Infectious Diseases and Global Public Health at UC San Diego School of Medicine, and a co-author on both papers.

But elemental to understanding pandemic origins is pinpointing not just where, but how, a pathogen successfully jumps from a non-human animal host to human, known as a zoonotic event.

“I think there’s been consensus that this virus did in fact come from the Huanan Market, but a strong case for multiple introductions hasn’t been made by anyone else yet,” said Wertheim, senior author of the study that posits the SARS-CoV-2 virus, which causes COVID-19, jumped from animals to humans at least twice and perhaps as many as two dozen times.

According to researchers, two evolutionary branches of the virus were present early in the pandemic, differentiated only by two differences in nucleotides — the basic building blocks of DNA and RNA.

Lineage B, which included samples from people who worked at and visited the market, became globally dominant. Lineage A spread within China, and included samples from people pinpointed only to the vicinity the market. If the viruses in lineage A evolved from those in lineage B, or vice versa, Wertheim said this would suggest SARS-CoV-2 jumped only once from animals to humans.

But work by Wertheim and collaborators found that the earliest SARS-CoV-2 genomes were inconsistent with a single zoonotic jump into humans. Rather, the first zoonotic transmission likely occurred with lineage B viruses in late-November 2019 while the introduction of lineage A into humans likely occurred within weeks of the first event. Both strains were present at the market simultaneously.

Researchers arrived at this conclusion by deciphering the evolutionary rate of viral genomes to deduce whether or not the two lineages diverged from a single common ancestor in humans. They used a technique called molecular clock analysis and an epidemic simulation tool called FAVITES, invented by Wertheim team member Niema Moshiri, PhD, an assistant professor of computer science at Jacobs School of Engineering at UC San Diego and study co-author.

“None of this could have been done without FAVITES,” said Wertheim.

In February 2022, researchers at the Chinese Center for Disease Control and Prevention published a long-delayed analysis of genetic traces of the earliest environmental samples collected at the market two years earlier.

The samples were obtained after the first reports of a new, mysterious illness and after the market had already been shut down. The Huanan Seafood Wholesale Market in Wuhan is a so-called “wet market” where live animals are often slaughtered and sold for human consumption, including in some cases, wildlife.

However, no live wild mammals were left at the market after it was shut down. Instead, Chinese researchers swabbed walls, floors and other surfaces, tested meat still in freezers, sampled sewers and caught mice and stray cats and dogs around the market.

Their findings confirmed the not-yet-published predictions of Wertheim’s team that Lineage A was also at the market.

“We felt validated, but what we felt more was immense pressure because they beat our preprint to the punch by about 12 hours, and we could only discuss their findings in light of ours,” Wertheim said. “We were also shocked that they had been sitting on evidence for lineage A at the market for over a year without realizing its importance.”

The newly published data, said study authors, are powerful evidence that the two viral lineages evolved separately and that multiple spillover events occurred. The Wuhan market reportedly contained a robust live wild animal business, with snakes, badgers, muskrats, birds and raccoon dogs (a canid indigenous to Asia) and other species sold for food. Wertheim said he believes there were likely many viral introductions. At least two successfully made the animal-human leap; other viral strains went extinct.

“While I'm hesitant to call it proof, what we presented is the most comprehensive explanation for the SARS-CoV-2 genomic diversity at the outset of the pandemic,” Wertheim said. “There are really no other good explanations for both of these strains being at the market except for multiple jumps into humans.”

(The findings undercut a circulating and persistent theory that the SARS-CoV-2 virus escaped from the Wuhan Institute of Virology, located a few miles from the market.)

Jonathan E. Pekar, a doctoral student in Bioinformatics and Systems Biology who co-led the project with Wertheim and is lead author, said the pandemic was likely looming for years, awaiting only for the opportunity when humans would come into contact with an animal host capable of transmitting the virus.

“Everything complicated happened before that introduction,” Pekar said. “The last step is just extended contact and transmission from hosts to humans. At that point, it would actually be unusual to only have one introduction. We've seen this before with MERS-CoV (a similar zoonotic virus). We’ve seen it with humans giving SARS-CoV-2 to minks on farms and then minks giving it back to humans.

“This has happened before, and it's going to keep happening. Nature is a better lab than humans will ever be.”

The latest study continues a series of published papers by Wertheim and colleagues investigating and chronicling the origin and spread of COVID-19.

In September 2020, they published data explaining how the first, few cases of novel coronavirus in North America and Europe quickly spread due to insufficient testing and contact tracing. In March 2021, Wertheim, Pekar and colleagues characterized the brief time-period during which SARS-CoV-2 could have circulated undetected before the first human cases in Wuhan.

Coronavirus jumped to humans at least twice at market in Wuhan, China 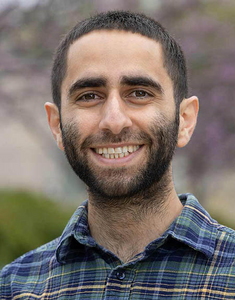