For the generations who grew up watching Finding Nemo, it might not come as a surprise that the North American West Coast has its own version of the underwater ocean highway – the California Current marine ecosystem (CCME). The CCME extends from the southernmost tip of California up through Washington. Seasonal upward currents of cold, nutrient-rich water are the backbone to a larger food web of krill, squid, fish, seabirds and marine mammals. However, climate change and subsequent changes in ocean pH, temperature and oxygen levels are altering the CCME — and not in a good way.

New research led by McGill University Biology professor  Jennifer Sunday  and Professor Terrie Klinger from the Washington Ocean Acidification Center within EarthLab at the University of Washington warns that climate impacts will significantly affect twelve economically and culturally important species that make their home in the CCME over the next 80 years. The northern part of this region and areas that are closer to shore will have strongest responses within this setting to changing ocean conditions. The region can expect to see substantial loss in canopy-forming kelp, declining survival rates of red urchins, Dungeness crab and razor clams, as well as a loss of aerobic habitat for anchovy and pink shrimp.

Effects of changing climate are complex

Evaluating the biological effects of several environmental variables at once shows the complexities in climate sensitivity research. For example, while some anticipated environmental changes will boost metabolism and increase consumption and growth, accompanying changes in other variables, or even the same ones, could potentially decrease survival rates. Notably, physiological increases (such as in size, consumption or motility) are not always beneficial, especially when resources – such as food and oxygenated water – are limited.

Of all the climate effects modeled, ocean acidification was associated with the largest decreases in individual biological rates in some species, but the largest increases in others. This result emphasizes the need for continued research and monitoring to provide accurate, actionable information.

Modelling critical to safeguarding coastal ecosystems and future of fisheries

Investing in predictive models and implementing adaptation strategies will be increasingly critical to safeguard our ecosystems, coastal cultures and livelihoods locally. Similar challenges will face species not addressed in this study, and responses will be complicated by the arrival of invasive species, disease outbreaks and future changes in nutrient supply.

These species sensitivities will likely have socio-economic consequences felt up and down the West Coast, but they will likely not affect everyone and every place equally.  Since the area is highly productive, supporting fisheries and livelihoods for tens of millions of West Coast residents, being able to predict changes at the population level for a range of species that are likely to be affected should shed light on potential economic impacts and optimal adaptive measures for the future.

“The time to accelerate science-based actions is now,” says Jennifer Sunday, an Assistant Professor in McGill’s Biology Department and the first author on the paper. She echoes the messages from the recent 2022 UN Ocean Conference and the associated WOAC side event. “Integrating scientific information, predictive models and monitoring tools into local and regional decision-making can promote stewardship of marine resources and contribute to human wellbeing as we face inevitable changes in the marine life that sustains us.” 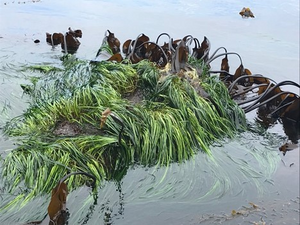