CHAMPAIGN, Ill. — Phytoplasmas are bacteria that can invade the vascular tissues of plants, causing many different crop diseases. While most studies of phytoplasmas begin by examining plants showing disease symptoms, a new analysis focuses on the tiny insects that carry the infectious bacteria from plant to plant. By extracting and testing DNA from archival leafhopper specimens collected in natural areas, the study identified new phytoplasma strains and found new associations between leafhoppers and phytoplasmas known to harm crop plants.

Reported in the journal Biology, the study is the first to look for phytoplasmas in insects from natural areas, said Illinois Natural History Survey postdoctoral researcher Valeria Trivellone, who led the research with INHS State Entomologist Christopher Dietrich. It also is the first to use a variety of molecular approaches to detect and identify phytoplasmas in leafhoppers.

“We compared traditional molecular techniques with next-generation sequencing approaches, and we found that the newer techniques outperformed the traditional ones,” Trivellone said. These methods will allow researchers to target more regions of the phytoplasma genomes to get a clearer picture of the different bacterial strains and how they damage plants, she said.

“One thing that is really novel about this study is that we’ve focused on the vectors of disease, on the leafhoppers, and not on the plants,” Dietrich said. The standard approach of looking for phytoplasmas in plants is much more labor-intensive, requiring that scientists extract the DNA from a plant that appears to be diseased and checking for phytoplasmas, he said.

“But even when you identify the phytoplasma, you don’t know what leafhopper or other vector transmitted it to the plant,” Dietrich said. “So researchers must go back out into the field to collect all potential insect vectors. Then they do transmission experiments, where they let the leafhoppers feed on an infected plant and then put them on an uninfected plant to see if it catches the disease.”

Because this research is laborious and slow, “we still don’t have a good idea of which insects are spreading most phytoplasmas between plants,” Dietrich said. “That really limits your ability to set up an effective management strategy.”

For the new study, the researchers turned to leafhopper specimens in the INHS insect collection. Dietrich had collected many of these insects over a period of 25 years as part of his work classifying their genetic relatedness and evolution. The researchers examined 407 leafhopper species collected around the world in areas less disturbed by human development. The specimens came from North and South America, Africa, Europe, Asia and Australia.

The team extracted total DNA from the specimens and processed each one, using both traditional and newer sequencing approaches. The latter are less costly and more informative than traditional methods, the researchers report. Of the insects sampled, 41 tested positive for phytoplasmas, and the researchers obtained usable phytoplasma sequence data from 23 leafhoppers. The phytoplasmas included those that cause a disease known as aster yellows, which inhibits photosynthesis and reduces the productivity of several different crop plants. These phytoplasmas were found in several new species of leafhoppers never before identified as vectors of the disease.

“These leafhoppers may transmit the phytoplasmas to wild plants in natural areas,” Trivellone said.

The study found phytoplasmas in regions of the world where such diseases had not been reported and identified several new strains of bacteria. It also found previously unreported associations between some phytoplasmas and species of leafhopper.

Scientists have no tools to target the bacteria in asymptomatic plants to prevent disease outbreaks, so controlling phytoplasmas involves the use of pesticides to kill the insect vectors.

“Because the insecticides are only partially specific to the target insects, they kill a variety of beneficial insects as well, which is not sustainable,” Trivellone said.

“We’re finding that there are lots of new phytoplasmas out there in nature that nobody’s ever seen before,” Dietrich said. “They don’t cause disease symptoms in the native plants they’ve associated with for maybe millions of years. They only start causing disease when they jump to a new host that has not been exposed to the phytoplasma before.”

The new findings parallel those seen in emerging infectious diseases of humans originating in wildlife, Dietrich said. “This is why we need to look more broadly across nature and see what’s out there.”

The INHS is a division of the Prairie Research Institute at the University of Illinois Urbana-Champaign.

The paper “Comparison of traditional and next-generation approaches for uncovering phytoplasma diversity, with discovery of new groups, subgroups and potential vectors” is available online.

Comparison of traditional and next-generation approaches for uncovering phytoplasma diversity, with discovery of new groups, subgroups and potential vectors

No conflict of interest declared 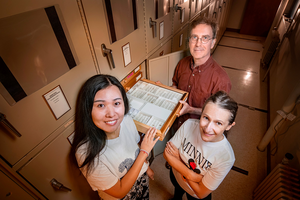 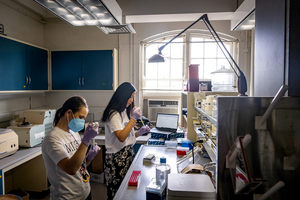 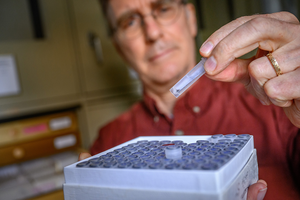