Funded by a four-year grant from the National Science Foundation, the study and the Global Mosquito Observations Dashboard are part of a large-scale project to establish global surveillance of mosquito-borne diseases with automated mosquito identification.

With the combined international data, the dashboard – accessible via computer browser or mobile device – has the potential to provide data at a frequency and geographic resolution otherwise impossible because of cost and other constraints.

“This dashboard represents a unification of global citizen science platforms for mosquito surveillance and control,” said principal investigator Ryan Carney, assistant professor of integrative biology. “This tool will help mosquito control personnel to seek and destroy invasive species and monitor disease vectors on an international basis by leveraging the geo-reference computers people carry around in their pockets every day: their smartphones.”

Each year, mosquitoes cause nearly 700 million infections and more than one million deaths – making mosquitoes the deadliest animal on Earth. Because only a small percentage of the mosquito species transmit diseases, extensive surveillance and precise identification are critical in community defense.

Given the general lack of vaccines and cures, there is a universal need for increased and sustained mosquito surveillance and habitat mitigation worldwide. The real-time data available on this dashboard will help researchers, mosquito-control personnel and policymakers detect disease vectors early.

To test the effectiveness of citizen science for the surveillance of mosquitoes, Carney and a team of three USF students asked citizen scientists to target primary vectors of Zika, yellow fever, dengue and Chikungunya. Not only did the citizen scientists succeed in locating vectors, but their efforts resulted in the first iNaturalist observations in the U.S. of Aedes scapularis, an invasive species that causes yellow fever. The documentation was shared with local vector control officials in Texas and serves as a model for monitoring in Florida, where the species recently invaded.

The study, recently published in a special edition of the journal Insects, will serve as a reference for future planning and execution of citizen science projects.

For the remainder of the grant, USF engineering Professor Sriram Chellappan will lead efforts to train and test artificial intelligence algorithms to create an image recognition software. The software, set to launch this fall, will be used to identify mosquito species in uploaded citizen science images.

“Our algorithms for species recognition are especially accurate in detecting critical mosquito vectors,” Chellappan said. “It will yield valuable tools for citizen-assisted surveillance to combat diseases.”

The algorithms will be tested throughout a new campaign that just launched in collaboration with the Centers for Disease Control and Prevention to track the invasive urban malaria vector Anopheles stephensi in Africa. Citizen scientists in Africa are encouraged to share their mosquito photos on MosquitoesInAfrica.org to assist in detection.

“As this work takes on a bigger focus on Africa, the project can aid mosquito-borne disease prevention in susceptible populations and prevent deadly outbreaks,” said Karlene Rivera, an undergraduate student researcher working on the grant in the Carney Lab. “This project has major implications in the world of artificial intelligence and disease prevention.”

This project is also in collaboration with the Wilson Center’s Science and Technology Innovation Program, the Institute for Global Environmental Strategies and NASA Earth Science Education Collaborative and the U.S. Department of State.

The University of South Florida, a high-impact global research university dedicated to student success, generates an annual economic impact of more than $6 billion.  Over the past 10 years, no other public university in the country has risen faster in U.S. News and World Report’s national university rankings than USF. Serving more than 50,000 students on campuses in Tampa, St. Petersburg and Sarasota-Manatee, USF is designated as a Preeminent State Research University by the Florida Board of Governors, placing it in the most elite category among the state’s 12 public universities. USF has earned widespread national recognition for its success graduating under-represented minority and limited-income students at rates equal to or higher than white and higher income students. USF is a member of the American Athletic Conference. Learn more at www.usf.edu 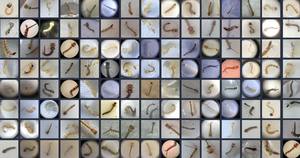 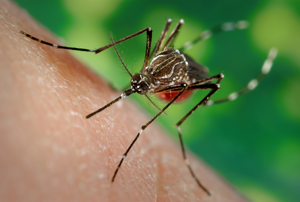 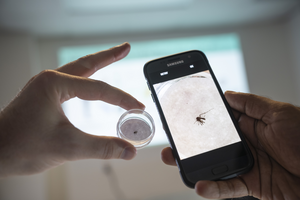 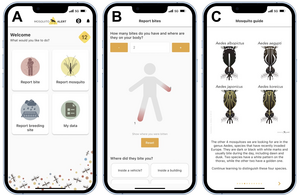