A clinical trial to test whether three proven smoking cessation treatments could also reduce alcohol intake found no differences between the medications, but the rates of behavior change for alcohol consumption and smoking were high in all treatment groups. Results suggest these medications could play an important role to reduce alcohol use and smoking at the same time. Unexpectedly, nicotine replacement therapy performed as well as the prescription drugs varenicline and cytisine.

The study, published Aug. 5 in JAMA Network Open, involved 400 people living with HIV in Russia and was designed by researchers from Vanderbilt University Medical Center (VUMC), Boston University School of Medicine, Boston Medical Center and First Pavlov State Medical University of St. Petersburg, Russia. The investigators, who included addiction specialists and HIV researchers, recruited volunteers who self-identified as engaging in risky drinking and daily smoking. Participants were followed up to 12 months after enrollment in the clinical trial. Medications were placebo-controlled, so participants and investigators did not know who was assigned to which medication.

“A single medication to treat both risky drinking and smoking could improve health efficiently and significantly. Risky drinking and smoking frequently co-occur, and they both threaten health by increasing risk of cardiovascular disease, cancer and other important health outcomes,” said the study’s lead author, Hilary Tindle, MD, MPH, the William Anderson Spickard, Jr., MD, Professor of Medicine, and associate professor of Medicine at VUMC. “

Researchers are increasingly focusing on comorbidities among people living with HIV, such as cardiovascular disease and cancer, to improve their longevity because there are now effective treatments for the virus.

“It was gratifying to see high-risk research participants being included in NIH-funded research,” said. Matthew Freiberg, MD, MSc, a study principal investigator, Dorothy and Laurence Grossman Chair in Cardiology and professor of Medicine at VUMC. “They are not only living with HIV, but also have a high burden of hepatitis, multi-substance use and mental health issues. Such participants are often excluded from drug trials. If a medication as simple as nicotine replacement could help them, that would be a win.”

“Another important observation in our post-hoc analysis was that rates of alcohol consumption were lower, and rates of alcohol abstinence were higher, among the people who quit smoking as compared to those who continued to smoke. These results need further study to understand if findings were due to the medications directly, quitting smoking or both,” said Samet, the senior author on the study.

Tindle added that there is much to be learned about how the study drugs—termed nicotinic acetylcholine receptor agonists—may work to reduce voluntary alcohol intake. Studies in animal models show that stimulation of a very specific receptor type containing the alpha four subunit is required. Importantly, all three of the study medications target these very receptors.

The investigators concluded that the results of the study, which was conducted from July 2017 to December 2020, extends prior work in several ways. Notably, this is the largest trial to study nicotinic acetylcholine receptor partial agonists to target alcohol consumption and the first to examine cytisine to treat both alcohol and tobacco. Cytisine is not yet approved by the U.S. Food and Drug Administration to treat tobacco use but it has been used widely in Eastern Europe for decades and is under active study globally. 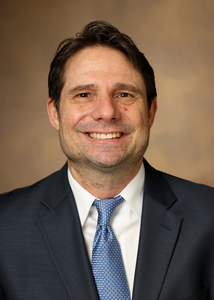