Philadelphia, August 4, 2022—Children’s Hospital of Philadelphia (CHOP) has helped launch a new computational platform that will harmonize pediatric cancer data, allowing researchers, pharmaceutical companies, and advocacy groups to accelerate the pace of drug development for pediatric cancer. With funding from the National Cancer Institute (NCI) via a subcontract with Leidos Biomedical Research, current operator of the NCI’s Frederick National Laboratory for Cancer Research, CHOP researchers have created the Molecular Targets Platform to facilitate pediatric research in response to the Research to Accelerate Cures and Equity (RACE) for Children Act, which requires companies to test cancer drugs in children that are used in adults when there is a shared molecular target.

“Through this project, we are using the power of integrated data to solve childhood cancer’s biggest challenges,” said co-principal investigator Deanne M. Taylor, PhD, Director of Bioinformatics in the Department of Biomedical and Health Informatics at Children’s Hospital of Philadelphia and Assistant Professor of Pediatrics at the University of Pennsylvania Perelman School of Medicine, who is leading the development of the new platform. “The Molecular Targets Platform will empower different communities to study new ways of understanding and treating pediatric cancer and will provide an invaluable resource for discovery and drug development. This platform will also promote new hypotheses as people use this computational ecosystem to make new discoveries.”

Pediatric cancer research has long been stymied by a hesitancy among drug developers to test new treatments in children, due in part to the relatively small size of the affected population. Passed in 2017 and enacted in 2020, the RACE for Children Act requires pharmaceutical companies to develop targeted cancer drugs for children if a drug with the same molecular target is being tested in adults, even if the malignancy occurs in a different organ. For example, if a company is testing a targeted therapy for breast cancer, and that genetic target is also relevant in a pediatric cancer, the company will be required to test the drug as a treatment for the pediatric cancer as well, unless it receives a waiver from the Food and Drug Administration (FDA).

To facilitate the enactment of the law, the FDA published a list of molecular targets in adult cancer that are seen as substantially relevant to pediatric cancer. However, there was no organized way to adjudicate the list as data on pediatric cancer genetics was dispersed and uneven in its representation of the hundreds of childhood cancer types.

Through an NCI subcontract with Leidos Biomed and enabled by the Childhood Cancer Data Initiative, CHOP researchers used their expertise in molecular medicine, computational approaches, and bioinformatics to harmonize data from six major data sources pertaining to pediatric cancer targets, genes, and pathways. The platform allows users to query multiple aspects of pediatric cancer, from scored lists of cancer targets to profiles of a gene’s relationship to other cancers and diseases. The interface is publicly available for strategic research into childhood cancer therapies, with an intent for it to be utilized by investigators in academia and industry, as well as the FDA and patient advocates.

“Those of us in the pediatric cancer research field were delighted when the RACE for Children Act passed, but for the legislation to truly have an impact, we knew we needed a computational ecosystem where all of these data could exist in a user-friendly interface,” said co-principal investigator John M. Maris, MD, Giulio D'Angio Chair in Neuroblastoma Research at Children’s Hospital of Philadelphia and Professor of Pediatrics at the University of Pennsylvania Perelman School of Medicine. “Through the hard work – and, importantly, the vision – of researchers in CHOP’s Cancer Center, Department of Biomedical and Health Informatics, and Center for Data-Driven Discovery in Biomedicine, along with our collaborators at Leidos Biomed and the NCI, this platform will reduce the time it takes to make important data connections about childhood cancer from a few days or weeks to a few clicks of the mouse.”

The project is funded through a subcontract with Leidos Biomed, who is providing more than $3 million per year to CHOP through the NCI to develop and help maintain the new platform.

“We are grateful to those who recognized the need for this data platform and to advocacy groups like Kids v Cancer, who were critical in pushing for passage of the RACE for Children Act,” Dr. Maris said. “With the Molecular Targets Platform, we hope we can hasten the discovery of new and long-overdue pediatric cancer treatments.”

About Children’s Hospital of Philadelphia: A non-profit, charitable organization, Children’s Hospital of Philadelphia was founded in 1855 as the nation’s first pediatric hospital. Through its long-standing commitment to providing exceptional patient care, training new generations of pediatric healthcare professionals, and pioneering major research initiatives, the 595-bed hospital has fostered many discoveries that have benefited children worldwide. Its pediatric research program is among the largest in the country. The institution has a well-established history of providing advanced pediatric care close to home through its CHOP Care Network, which includes more than 50 primary care practices, specialty care and surgical centers, urgent care centers, and community hospital alliances throughout Pennsylvania and New Jersey, as well as a new inpatient hospital with a dedicated pediatric emergency department in King of Prussia. In addition, its unique family-centered care and public service programs have brought Children’s Hospital of Philadelphia recognition as a leading advocate for children and adolescents. For more information, visit http://www.chop.edu. 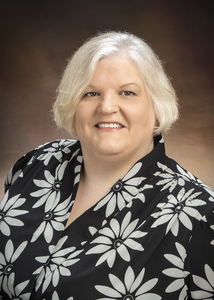