LA JOLLA—(August 8, 2022) Scientists from the Salk Institute and the University of Sheffield co-led a study that shows promise for the development of gene therapies to repair hearing loss. In developed countries, roughly 80 percent of deafness cases that occur before a child learns to speak are due to genetic factors. One of these genetic components leads to the absence of the protein EPS8, which coincides with improper development of sensory hair cells in the inner ear. These cells normally have long hair-like structures, called stereocilia, that transduce sound into electrical signals that can be perceived by the brain. In the absence of EPS8, the stereocilia are too short to function, leading to deafness.

The team’s findings, published in Molecular Therapy – Methods & Clinical Development online on July 31, 2022, show that delivery of normal EPS8 can rescue stereocilia elongation and the function of auditory hair cells in the ears of mice affected by the loss of EPS8.

“Our discovery shows that hair cell function can be restored in certain cells,” says co-senior author Uri Manor, assistant research professor and director of the Waitt Advanced Biophotonics Core at Salk. “I was born with severe to profound hearing loss and feel it would be a wonderful gift to be able to provide people with the option to have hearing.”

Manor previously discovered that the EPS8 protein is essential for normal hearing function because it regulates the length of hair cell stereocilia. Without EPS8, the hairs are very short. Concurrently, co-senior author Walter Marcotti, professor at the University of Sheffield, discovered that in the absence of EPS8 the hair cells also do not develop properly.

For this study, Manor and Marcotti joined forces to see if adding EPS8 to stereocilia hair cells could restore their function to ultimately improve hearing in mice. Using a virus to help deliver the protein to hair cells, the team introduced EPS8 into the inner ears of deaf mice who lacked EPS8. They then used detailed imaging to characterize and measure the hair cell stereocilia.

The team found that EPS8 increased the length of the stereocilia and restored hair cell function in low-frequency cells. They also found that after a certain age, the cells seemed to lose their ability to be rescued by this gene therapy.

“EPS8 is a protein with many different functions, and we still have a lot more to uncover about it,” says Manor. "I am committed to continuing to study hearing loss and am optimistic that our work can help lead to gene therpies that restore hearing."

Future research will include looking at how well EPS8 gene therapy might work to restore hearing during different developmental stages, and whether it might be possible to lengthen the therapeutic window of opportunity. 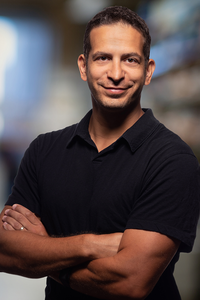