West Virginia University researchers will have a chance to better understand a condition affecting bass to an unknown extent with data collected by citizens through a mobile app.

Brent Murry, assistant professor of aquatic ecology in the Davis College of Agriculture, Natural Resources and Design, and the U.S. Geological Survey’s Eastern Ecological Science Center hope to uncover information on blotchy bass syndrome, a condition characterized by distinct areas of hyperpigmentation — or black ink-like spots on the skin — in black bass populations.

With a grant from the U.S. Geological Survey totaling $314,975, the team plans to look into the prevalence, distribution, seasonality and potential risks and impacts that are still unknown. To do this, WVU and the Geological Survey are partnering with Angler’s Atlas and Bass Pro Shops to have citizen scientists collect data across the United States and Canada to help investigate the condition.

“We've partnered with Angler's Atlas, which has developed a phone app that anglers can use to upload photos and the location of the fish they catch,” Murry said. “We're interested in all species of black basses: smallmouth, largemouth, spotted and related species.”

In addition, a research grant from Bass Pro Shops & Cabela’s Outdoor Fund is supported by customer roundups and used for conservation concerns such as the unknown impact of blotchy bass syndrome.

"Partnerships like this are vitally important to protect our wildlife species and ensure that our grandchildren will be afforded the same experiences in the great outdoors that we are today,” Bass Pro Shops Senior Conservation Director Bob Ziehmer said. “The Outdoor Fund unites the passion of our 200 million customers with the world-changing abilities of our conservation partners to create North America’s largest conservation movement.”

The movement, Blotchy Bass Bonanza, will be accessible via the Angler’s Atlas’ free MyCatch smartphone app. The months-long event started July 1 and continues through Nov. 30. Citizens and community members are asked to report all bass, whether blotchy or not, to help researchers better understand the distribution and prevalence of the condition in black bass populations.

“Angler submissions will allow us to determine what states [and areas] are or are not harboring the disease, what season it becomes most common and, finally, what percentage of the fish exhibit signs of it,” Murry said. “We'll be able to share that information with state agencies and we'll use the results to guide more specific next steps aimed at evaluating the impacts.”

“Is this bad? ‘We don't yet know’ is the short answer,” Murry said. “It's becoming more common and anglers have been increasingly alerting state fishery agencies. Those state fisheries biologists want answers to communicate to the public.”

There have been reports from various states, but there has not been a comprehensive survey. With the information gathered, more pertinent questions can be pursued, such as which bass species are susceptible and which seem immune. The answers to these questions could change management and response activity. However, further investigation is based on obtaining a large data set with the Blotchy Bass Bonanza.

“Our results will be as strong as the degree of participation we get,” Murry said. 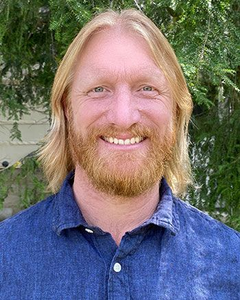