Researches of the Science Lab of Fiber Technology and Photonics at the Ural Federal University (UrFU) have developed and produced infrared optical fibers with unique properties. The fibers are nontoxic and, as studies have shown, retain their outstanding properties when treated with ionizing beta radiation by doses up to 1 MGy. The team of scientists published an article describing the research, properties and areas of application of the obtained fibers in the journal Optical materials.

“This opens up the prospect of application of light guides made of the obtained fibers in conditions of intense ionizing radiation. That is, not only in the traditional field of optoelectronics, but also in laser surgery, endoscopic and diagnostic medicine, in determining the composition of hazardous waste from the nuclear industry, and in space,” says Liya Zhukova, Chief Scientist of the Laboratory, Professor of the Department of Physical Chemistry and Chemistry of Colloids at UrFU.

Because the fibers are capable of receiving and transmitting radiation from space objects, they can be embedded in infrared space telescopes, replacing massive mirrors and lenses. The lifespan of the fibers will be longer than the life cycle of the telescopes themselves, the developers claim.

Fibers are also highly productive in the non-hazardous for humans terahertz radiation region (between the region of mid- and far-infrared radiation, on the one hand, and microwave radiation, on the other hand). This means that fiber optic cables are suitable for creating equipment that could become a safe substitute for magnetic resonance imaging and x-rays - in medicine or in the process of pre-boarding scanning of passengers and their luggage. It would not require the use of cumbersome and expensive metal detectors, and passengers would not even feel that they are being screened.

The fibers are based on crystals of the AgBr-AgI system. At the first stage of development, using an environmentally friendly, waste-free and energy-saving method developed by Liya Zhukova. Chemists from UrFU synthesized a charge of almost one hundred percent purity and for the first time in the world grew silver bromide and silver iodide monocrystals from it.

“The grown crystals have extremely high transparency, plasticity, as well as photostability and non-hygroscopicity - the ability to retain their properties under the influence of light without interacting with moisture,” explains Anastasia Yuzhakova, a Junior Researcher at the Ural Federal University's Science Lab of Fiber Technology and Photonics.

"Based on monocrystals of AgBr-AgI system we created optical fibers with the widest infrared transmission range to date - from 3 to 25 microns. The transparency of the fibers reaches 70-75%, which corresponds to theoretically possible values for crystals of AgBr-AgI system. At the same time, the optical losses of the fibers reach extremely low values," says Anastasia Yuzhakova. 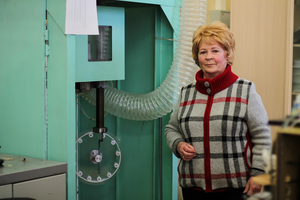 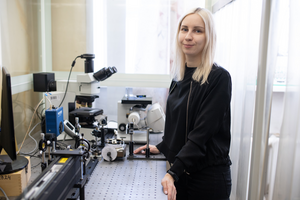 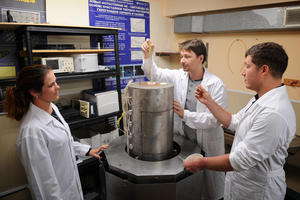 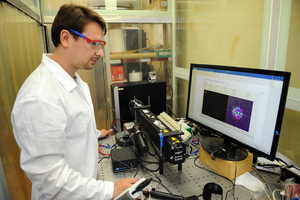