Ithaca, NY—A new study examines how the geographic characteristics of the world’s islands influence seasonal variation in the number of bird species. The study determines how seasonal species richness of birds is affected by the size of the island, how isolated it is from the mainland and other islands, and the latitude in which it lies. The study’s findings are published in the journal Proceedings of the Royal Society B: Biological Sciences.

“We used 21 years of bird observations on 690 islands from the Cornell Lab of Ornithology’s eBird program,” said lead author Frank La Sorte at the Cornell Lab. “In addition to resident bird species that occur year-round on islands, islands can also host migratory bird species during the breeding or non-breeding seasons, or as transients during migration.”

Species numbers reached their highest levels on islands located in the Northern Hemisphere at mid-latitudes during migration periods. The story changes during the non-breeding season when the number of species present on tropical islands peaks—reflecting the fact that the majority of the world’s migratory birds breed in the Northern Hemisphere and head south in the autumn to winter in the tropics.

There is also a correlation between the size of an island and the number of species present. The bigger the island, the more bird species. This was especially pronounced for islands greater than 425 square miles in size. Distance from the mainland pushed species numbers in the opposite direction. Islands that occurred greater than 90 miles from the mainland contained substantially fewer species.

“These findings emphasize the importance of evolutionary processes on the largest islands and the unique ecology of the world’s most remote islands,”,said La Sorte. “Overall, species richness was lowest across all four seasons on the smallest, most remote islands and species richness was highest across all four seasons on the largest islands located at intermediate distances from the mainland.”

There are many variations in these relationships, however. For example, even though big islands typically contain more species of birds, if the island is extremely remote, it would host fewer species, similar to extremely remote small islands.

“Our findings show that islands play a pivotal role as stopover sites and as wintering grounds for the world’s migratory birds,” said La Sorte. “A better understanding of the geographical relationships between migratory birds and islands across seasons will improve our ability to practice effective bird conservation in these unique places.”

This work was supported by The Wolf Creek Charitable Foundation and the National Science Foundation. 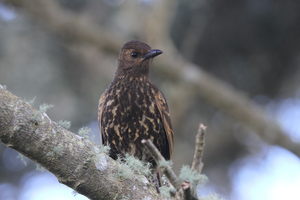 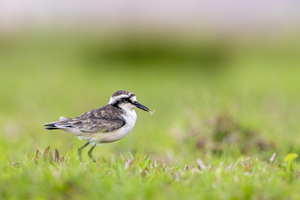